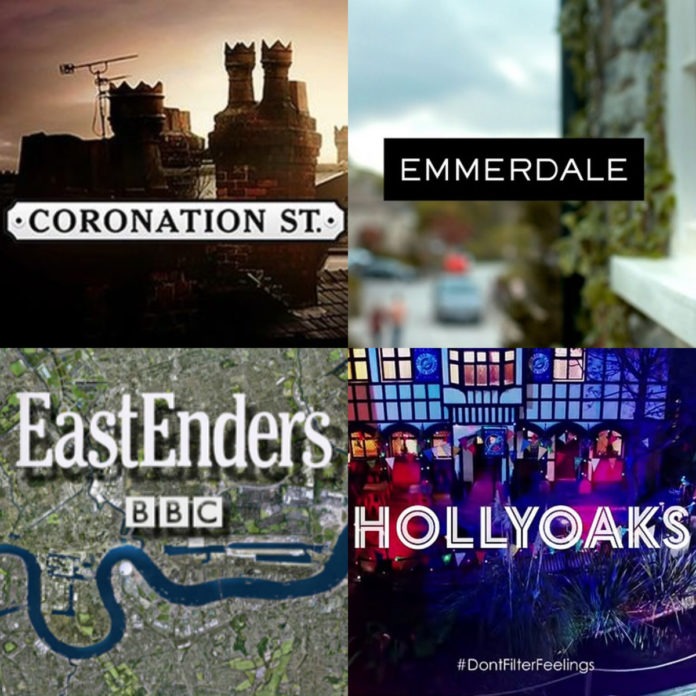 The UK’s top soaps and continuing dramas have joined forces to highlight the issue of climate change.

Five of the soaps will be referencing each other, with characters popping up in other soaps in a bid to raise awareness of climate change.

For the first time in British television history, #emmerdale @itvcorrie @bbceastenders @Hollyoaks @BBCDoctors @BBCCasualty and @BBCHolbyCity have joined forces to highlight the issue of climate change.

The landmark event will see a Hollyoaks character pop up in EastEnders’ Walford, while villagers of the Chester-based show will learn about events at Holby City.

Casualty will also be discussed in Emmerdale’s pub The Woolpack, and a social media clip from Coronation Street’s Weatherfield will be chatted about in The Queen Vic in EastEnders, as the soaps all come together for a special week.

The crossovers will begin on November 1, the same week as world leaders meet to discuss the climate crisis at the COP26 conference.

Kate Oates, Head of Continuing Drama, BBC Studios said: “I’m thrilled that our soaps and serial dramas have all come together to help highlight the issue of climate change amongst our millions of viewers.”

“We’re grateful to the teams that made this happen, and hugely look forward to seeing the talent from our own shows popping up in other iconic programmes.”