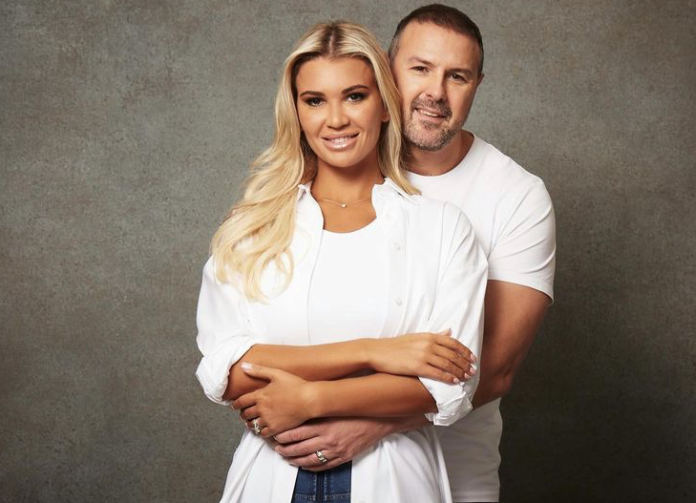 Christine McGuinness has shared a cryptic post just weeks after she and her husband Paddy announced their separation.

The couple announced they had parted ways after 11 years of marriage on July 22.

Paddy, 48, and Christine, 34, said they will continue living together for the sake of their three autistic children – twins Penelope and Leo, 8, and Felicity, 6.

In a video posted to her Instagram story, Christine was all smiles while showing her fans snippets of a day in her life.

The 34-year-old attached Imagine Dragons’ famous tune ‘On Top Of The World’ – seemingly a thinly veiled swipe at her recent split from Paddy.

The former Real Housewife of Cheshire also teased an upcoming project as the “start of something new” on her Instagram.

She cryptically wrote, “And suddenly you know.. It’s time to start something new and trust the magic of beginnings ✨🎥🫶.”

Christine and Paddy announced their split after 11 years of marriage on July 22.

However, the couple were reported to have separated in June, and Christine had been “miserable” after “spending weeks” hiding the news.

In a joint social media statement, they wrote: “We hadn’t planned on sharing this publicly until we were ready but after the lack of privacy surrounding our personal life, we feel left with no other option but to clarify.”

“A while ago we took the difficult decision to separate but our main focus as always is to continue loving and supporting our children.” 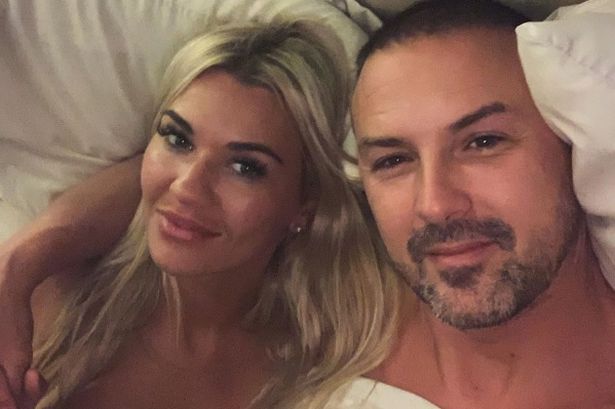 “This was not an easy decision to male but we’re moving forward as the best parents we can be for our three beautiful children.”

“We’ll always be a loving family, we still have a great relationship and still live happily in our family home together.”

“We hope this now draws a line under anymore unwanted and unnecessary intrusion into our private life.”

“Although we work in the public eye we ask kindly if you could respect our wishes for privacy on this matter. We’ll be making no further comment,” they added. 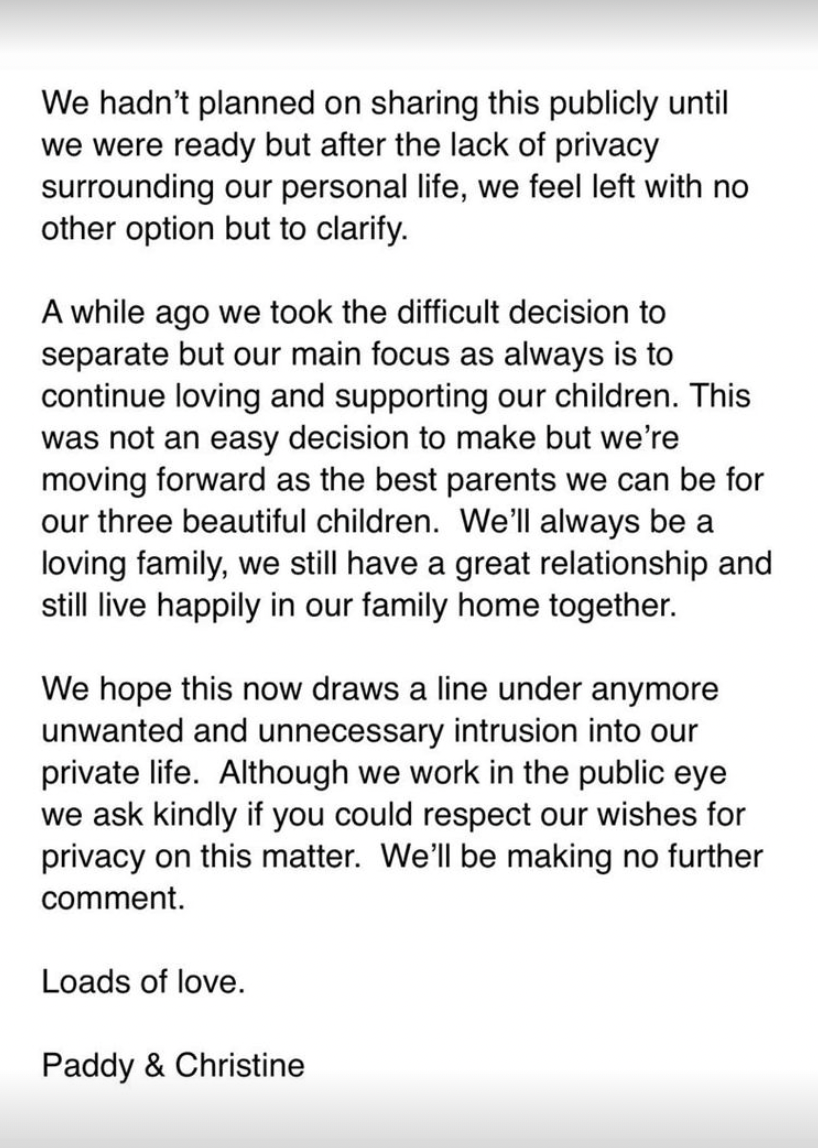