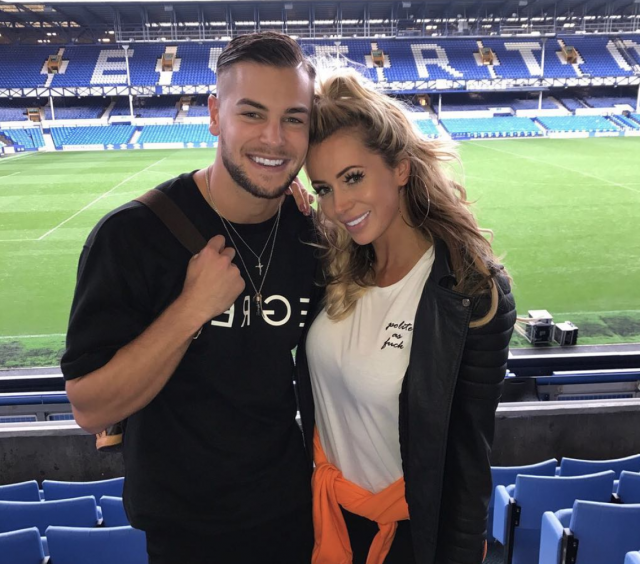 Chris Hughes took to Instagram to share a loved-up snap of him and his girlfriend Olivia Attwood, amid all the Katie Price controversy.

The Love Island star seemed to be using this photo to hit back at claims that he’s “guilty” of secretly messaging former glamour model Katie Price.

The couple looked happier and more united than ever when on a day out in the countryside.

Chris captioned the picture, “My Happy Place, all in one picture,” for his 1.9 million Instagram followers to see.

The photo comes after Katie confirmed to the Mail Online that several others had now seen the ’52 screenshots’ of his messages to her, which he has denied sending over the last few weeks.

Chris branded the reality star as someone who “f***s lives”, and has even threatened legal action.

Katie’s responded to Chris’ foul-mouthed rant on Twitter on Tuesday, in which he called her a “rotten piece of s**t”

Katie replied and said, “People have seen the messages for themselves. His outburst has guilt written all over it. There is no getting out of it.”

Check out all the latest showbiz stories on The Daily Goss!