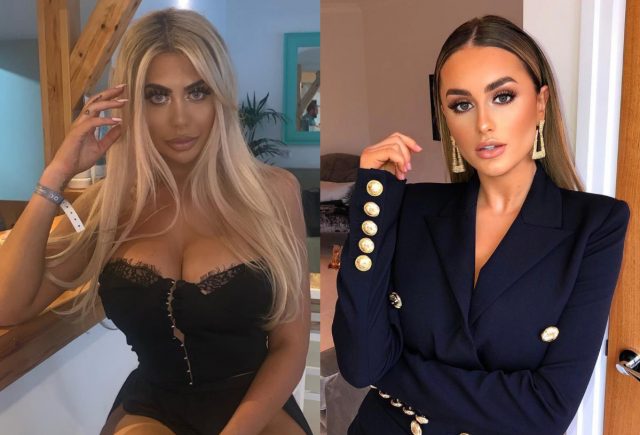 Chloe Ferry has hit back at Amber Davies, after she denied sleeping with her ex Sam Gowland.

The drama all kicked off when the Geordie Shore star accused Sam of sleeping with Amber on her Instagram Story on Friday.

However, Amber has since denied Chloe’s claims by tweeting: “@SamGowland123
and I are friends and only friends. Nothing has ever happened between us. Can’t believe I have to tweet this.”

But now, Chloe has responded by saying: “So I’ve woke up this morning to Amber Davies tweeting, saying that nothing happened between her and Sam. Darlin’, I’ve seen the messages.” 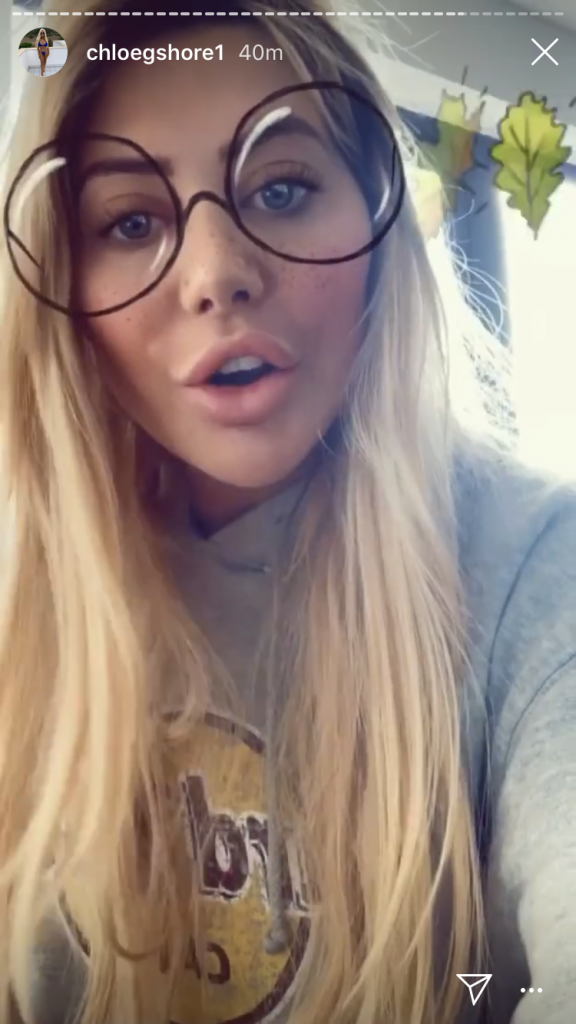 “Sam messaging saying, ‘It doesn’t have to be weird between me and you, we can still be friends, what happened.’ I’ve got the messages on my phone! So stop lying!”

“When I messaged you two months ago, you said, ‘Babe, I haven’t got time for that.’ Aye, because you’re too busy shagging other people’s lads, that’s what you’re doing!”

“You did it to me, you did it to Megan Barton, people would have more respect for you if you just told the truth!”

Chloe is referring to Megan’s recent claims that Amber was “sexting” her ex Wes Nelson while they were still together.

Chloe continued: “So yesterday when I was doing them videos, I had Sam constantly ringing us, screaming down the phone to delete the videos.”

“No explanation, no sorry about the Amber situation, just telling us to delete the videos. Because he was so scared, him and Amber, about this article coming out.”

“It’s been in talks now, a lot of people have been talking about the Amber situation, and now I’ve seen it on the computer screen, I can finally put my mind at rest. And then he had the audacity, even after me crying all yesterday, saying Amber rang us crying.”

“What about me? What about the girlfriend that you’ve been with for two years who’s been crying? I didn’t get an explanation off Sam. The only reason she’s crying is because everyone knows what she is now.” 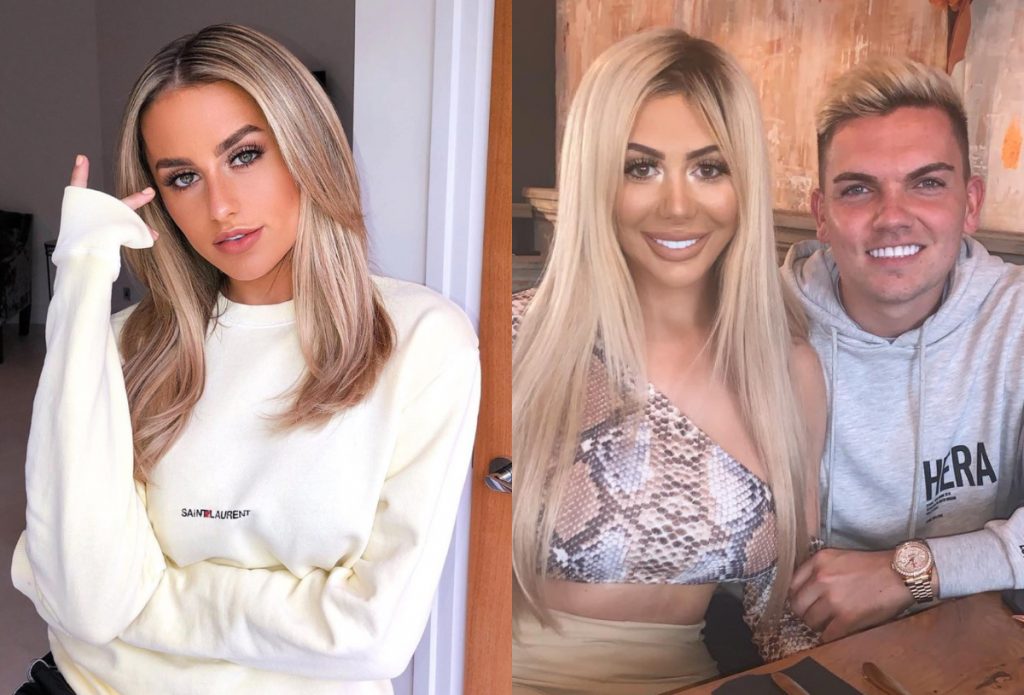 “She did it to me, and she did it to Megan Barton. That’s the reason she’s crying. And if she wasn’t guilty, why hasn’t she messaged us? Why has she blocked us?”

Chloe then shared a screenshot of an alleged WhatsApp conversation between Amber and Sam.

Chloe also shared screenshots of alleged messages from one of Amber’s good friends, telling Chloe to dump Sam, and warning her that something allegedly happened between him and Amber. 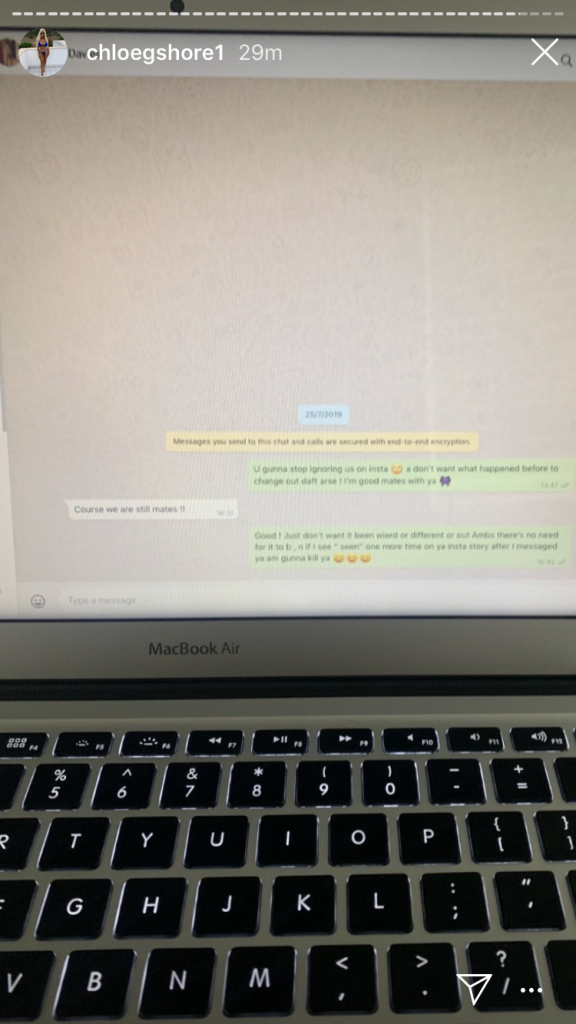 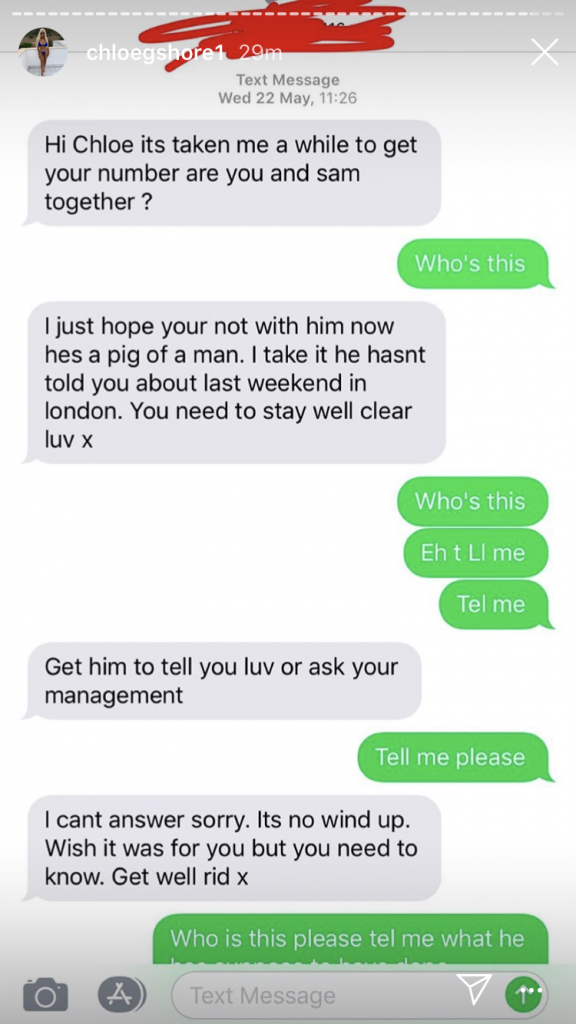 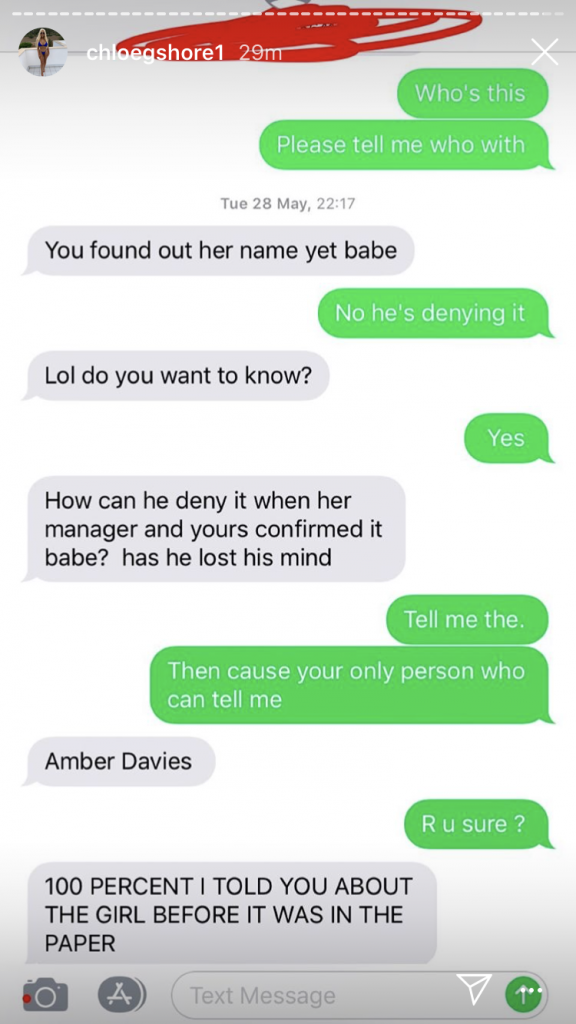