August 31st marked the 22nd anniversary of the death of Her Royal Highness Diana the Princess of Wales.

In tribute, celebrities, influencers and public figures alike have been sharing statements and sentiments about the royal figure.

Naomi Campbell, Gary Barlow, Jamie Lee Curtis and Elton John have all taken to Instagram to share beautiful words and personal pictures of Diana in honour of her life and her passing.

Musical icon Elton John and Princess Diana first met in 1981, when he performed at a party of Prince Andrew’s.

Elton performed at her funeral, singing a heartbreaking rendition of Candle in the Wind.

Posting to Instagram, he wrote: “Miss you so much.” 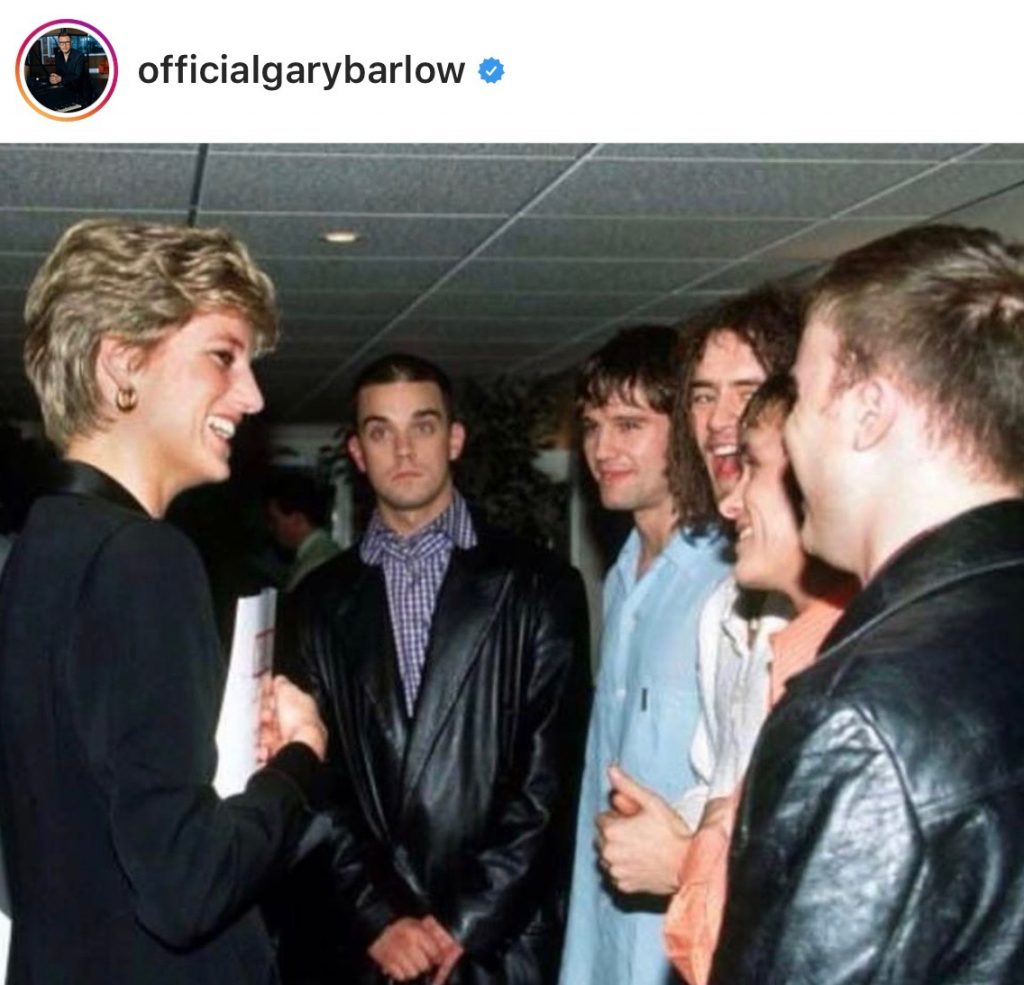 Gary Barlow met Lady Di alongside the other members of Take That in the early 90s.

He performed at the Concert for Diana benefit at Wembley Stadium in 2007, alongside Elton John and Kanye West.

“Princess Diana – always in our hearts – we were lucky enough to have the pleasure of spending some time with this amazing woman. She will always be missed,” he wrote.

Actress Jamie Lee Curtis posted a lengthy and emotional condolence statement to social media yesterday evening – and described how she missed her chance to meet the royal.

“I met her Royal Highness, Princess Diana when I was shooting the sequel to A Fish Called Wanda. The truth is I didn’t meet her. She was to visit our set deep in the gardens of Pinewood Studios with her children and we waited for her all morning and then when we took a break midday, I raced via golf cart to my dressing room to use the restroom,” she said.

“While I was in there someone came knocking on my door saying that Princess Diana and her children had arrived on set and as I raced back in the golf cart, they were already walking away. The next day I wrote her a note explaining my nature break and how disappointed I was not to tell her, in person, how much I admired her.”

“A hand delivered letter from Kensington Palace, on her stationary, came the next day thanking me for mine and understanding completely the need for nature to take it’s course. We exchanged a hope that we would get to meet in the future.”

“Later that summer I heard about her shocking death.”

“I thought about her and her life and the choices she made and how brave she was, how she reached out to that young man with AIDS before anyone did, the mine fields, mental health and so much more and how much she loved her children, the image of them running into her outstretched arms after a long trip.”

“It gave me comfort that although her life was short, it was complete. She was a great role model for me. An example to live by. I honor her today.”

“You are loved and missed everyday. Rest In Peace Princess Diana.”