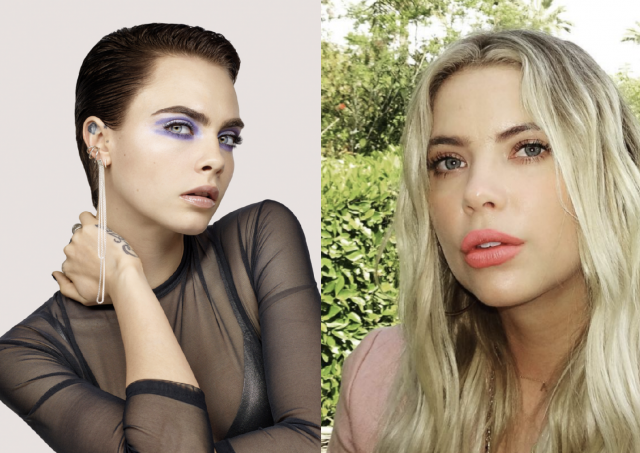 The top model and actress couldn’t hide her affection for the blonde, as the pair were spotted kissing each other in London’s Heathrow airport.

Mail Online has the pictures of the pair all over each other, and you can see Ashley is sporting a ‘C’ necklace, clearing in reference to her new girlfriend.

The pair had set the rumour mill into overdrive when they were spotted together in New York back in April.

The girls were holding hands, on what looked to be like a double date.

Although Ashley can be seen wearing sunglasses in the aiport, there was no hiding the love between these two.

Cara most recently dated Paris Jackson, and has been linked to Rita Ora on and off.

Ashley previously dated her Pretty Little Liars co-star Tyler Blackburn and has only publicly been linked to men in the past.