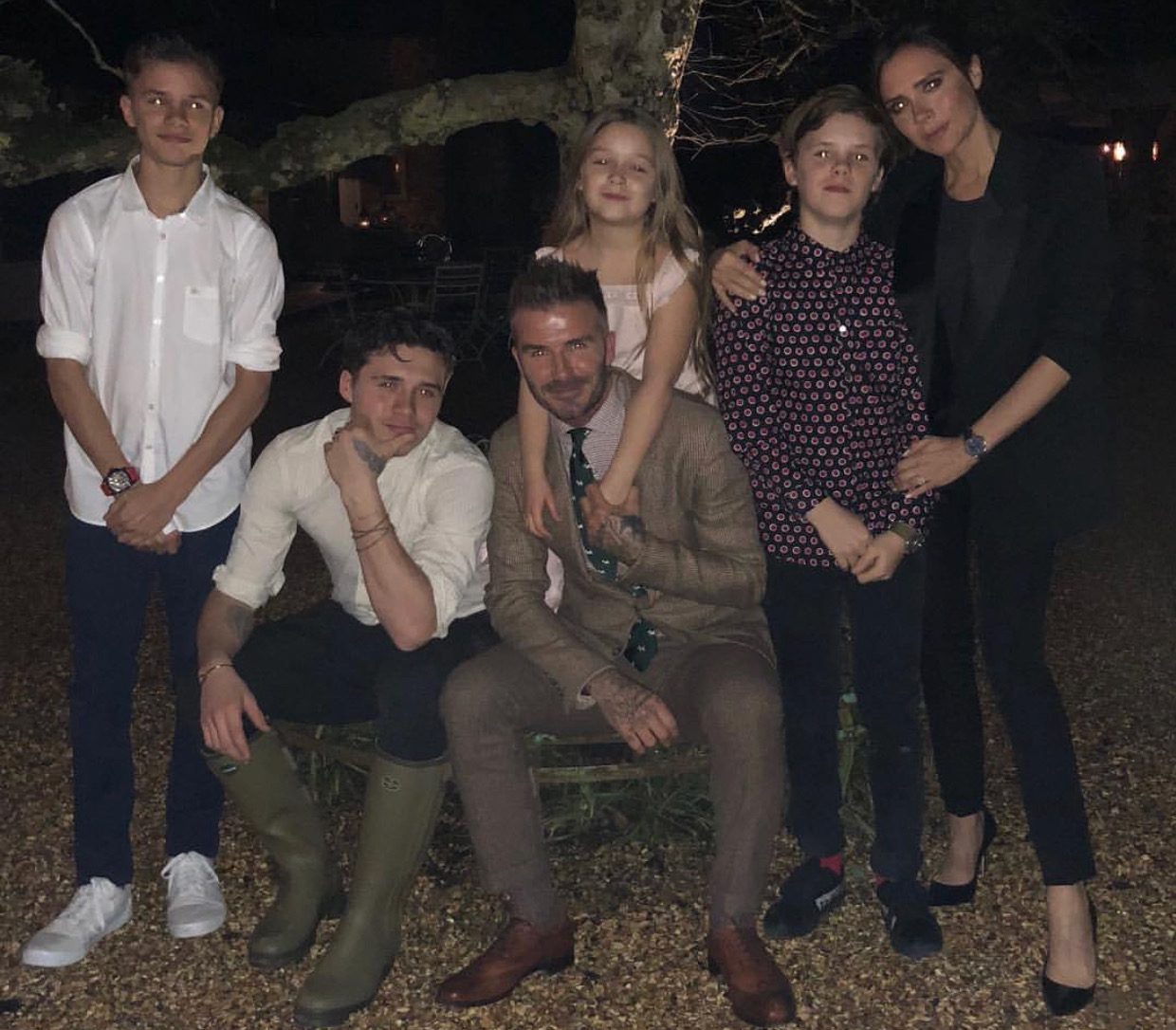 Brooklyn Beckham got a tattoo that bears a resemblance to his dad’s famous chest ink.

The 19-year-old took to Instagram to show off his new ink, which looks very similar to David’s angel tattoo.

The famous footballer has a tattoo of Jesus being pulled by three cherubs and his son has followed in his footsteps getting a piece which features three cherubs.

Victoria posted a photo of her and freshly tattooed Brooklyn on Instagram with the caption, “Contemplating how to rate today’s Uber driver 🤔 #whynoshirt @brooklynbeckham 🤷🏻‍♀️🤷🏻‍♀️🤷🏻‍♀️🤷🏻‍♀️”.

David got his version of the tattoo in 2011 on his chest, the same location Brooklyn got his.

The footballer’s famous ink is meant to represent his three sons supporting him.

“My thought of it is that at some point my boys are going to need to look after me and that’s what they’re doing in the picture. It means a lot.”

This isn’t Brooklyn’s first family-related tattoo as he also has a heart inked on his forearm with the word ‘Mum’ written across it.

His hand is inked with his father’s year of birth too.