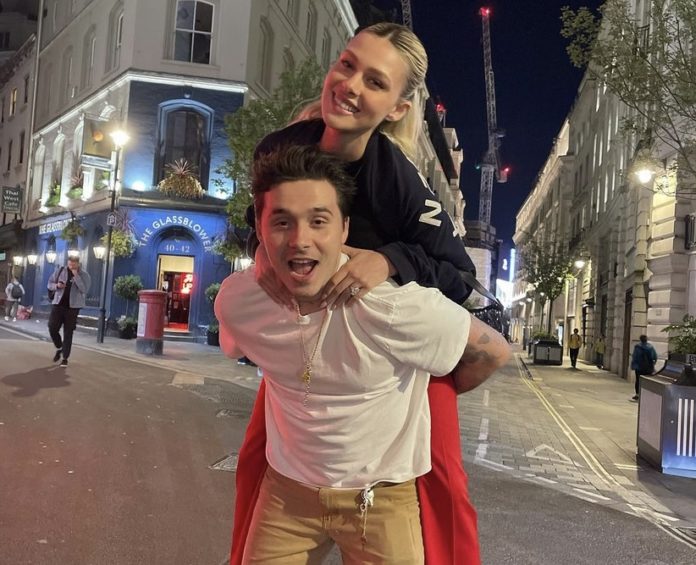 Brooklyn Beckham and his billionaire heiress wife Nicola Peltz enjoyed a night out at Wetherspoons on Friday night.

The couple, who got tied the knot in a lavish $3.5 million wedding last month, were joined by a group of pals in the budget-friendly pub in London.

Their musician pal Sekou shared snaps from their night out, revealing he “took the gang to spoons”. The couple tied the knot on April 9 in front of family, friends and a host of famous faces at a $80 million estate in Palm Beach, Florida owned by Nicola’s billionaire parents.

The bride wore a stunning Valentino gown for the occasion, while the groom wore a custom Dior suit by Kim Jones.

Both Brooklyn and Nicola recently officially changed their names after their wedding.