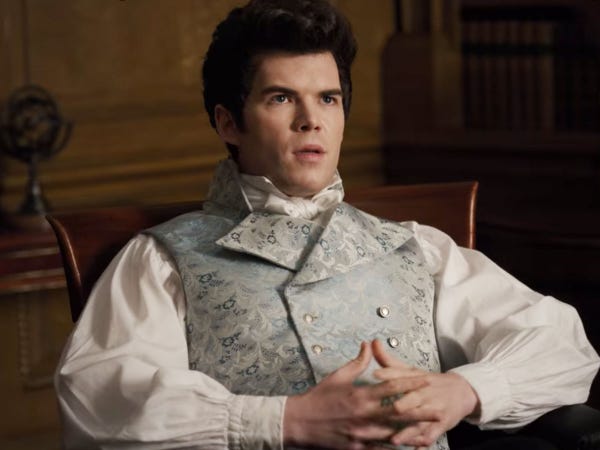 The actor, who plays Colin in the hit Netflix series, has been dating his girlfriend Jade Davies for almost two years.

Jade is the sister of Love Island 2017 star Amber Davies, who won the show alongside Kem Cetinay.

Since leaving the villa, Amber has been perusing a career in acting just like Luke, and she is currently playing the role of Jess in CBBC’s Almost Never.

Jade is also an actress, and has starred in major West End shows including Les Miserables, Phantom of the Opera, Sister Act, Chitty Chitty Bang Bang and The Wizard of Oz.

The worlds of Bridgerton and Love Island are set to collide, as streaming giant Peacock have announced a ‘Bridgerton-inspired’ dating show is in the works.