Ben Foden’s wife Jackie has come under fire for sharing a controversial post about the coronavirus.

On her Instagram Story, the American seemed to blame China for the COVID-19 outbreak, which has hit multiple countries all over the world.

Her first post read: “China owns a lot of US’s debt, BUT how much death and danger have they put us in, and how much money and time and energy have we exhausted because of it, caused by China’s diseases that keep coming out of there, either accidentally or intentionally?”

“Is that fair? Like if I owe you $100, and then you caused a bunch of deaths in my family, and I had to spend a lot of time, money and energy to prevent further deaths, do I still owe you that $100?” 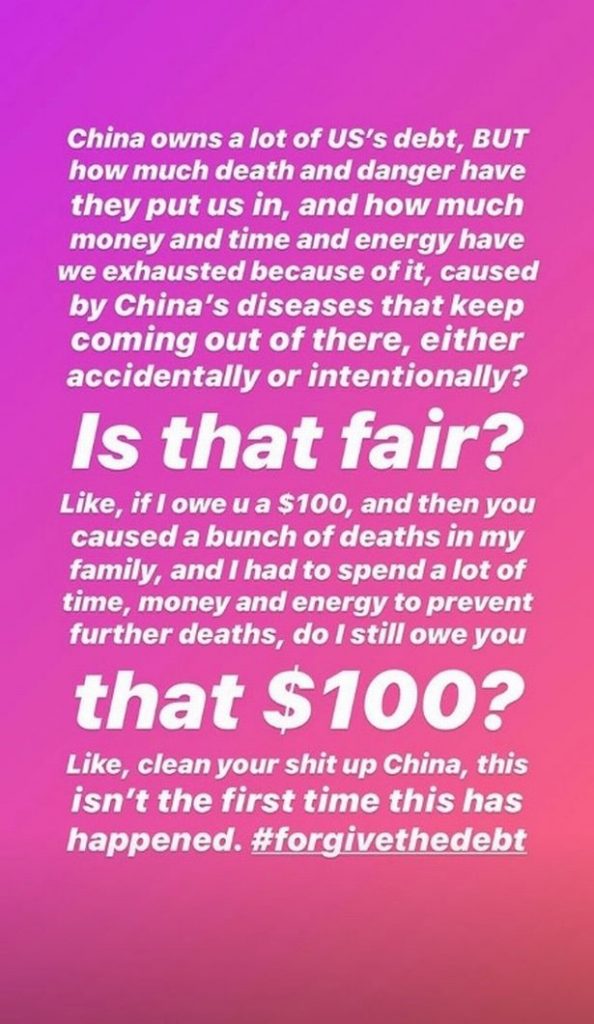 “Like, clean your s*** up China, this isn’t the first time this has happened #forgivethedebt,” she wrote.

One of Jackie’s followers then replied to her story, and wrote: “Eh racism isn’t particularly helpful right now. I don’t think the USA is suffering like countries in the Third World that do and are repaying debt to the USA. White American privilege…”

Jackie, who is expecting her first child with Ben, then wrote back: “How is this racist?! How is it fair??”

“All these diseases coming out of there, either from poor regulation of meat centers or poor regulation from labs, or they intentionally doing it to cull their population, which, with this very convenient disease that only kills old sick ppl, just seems a lite too convenient, it’s not fair that we have to bankrupt our economy to deal with it, while still owing them the same amount of money?” [sic] 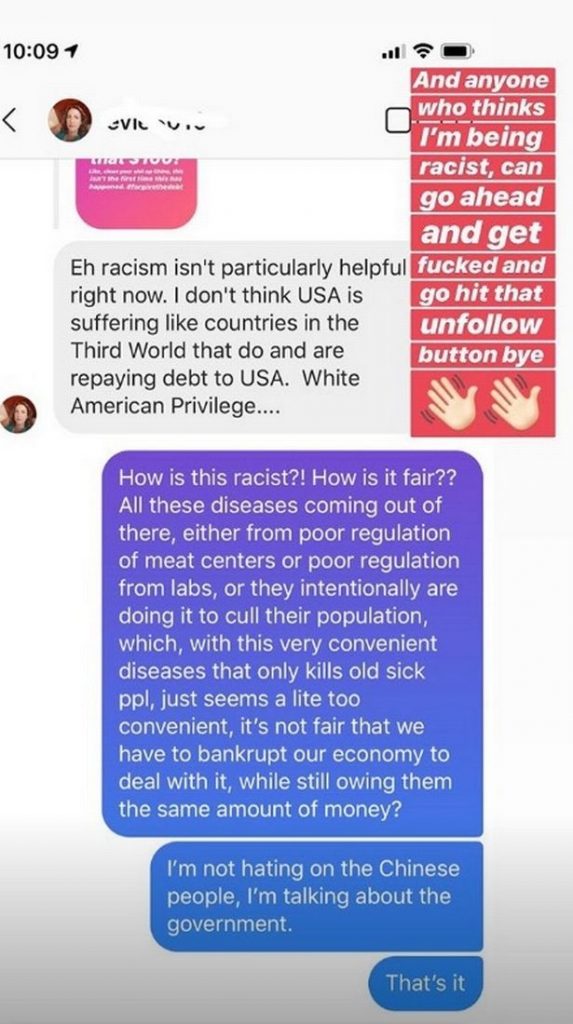 “I’m not hating on the Chinese people, I’m talking about the government. That’s it,” she added.

Jackie then shared the exchange on her Instagram Story, alongside the caption: “Any anyone who thinks I am being racist can go ahead and get f***ed and go hit that unfollow button bye.”