Ben Foden’s wife Jackie Smith has hit out at Dancing On Ice, after he became the first celebrity to be voted off the show.

The rugby star made his skating debut on Sunday night alongside his pro partner Robin Johnstone, and scored just 23.5 points out of a possible 40 from the judges, putting him at the bottom of the leaderboard.

The 36-year-old faced presenter Ria Hebden and her partner Lukasz Rozycki in the skate-off, but the judges chose to save Ria and Lukasz – sending Ben and Robin home.

Ben’s wife Jackie has since slammed the show on social media.

In a lengthy statement shared on Instagram, the 35-year-old branded the programme a “popularity competition”.

After expressing how proud she is of Ben, Jackie wrote: “As for the show, what’s the point of saying it’s a skate competition when it’s really just a popularity competition.

“Why divide the skaters into two weeks, groups of your choosing, and why not judge all the scores together after the two weeks. What’s the point of getting a bunch of people together and then not judging them all together afterwards.” 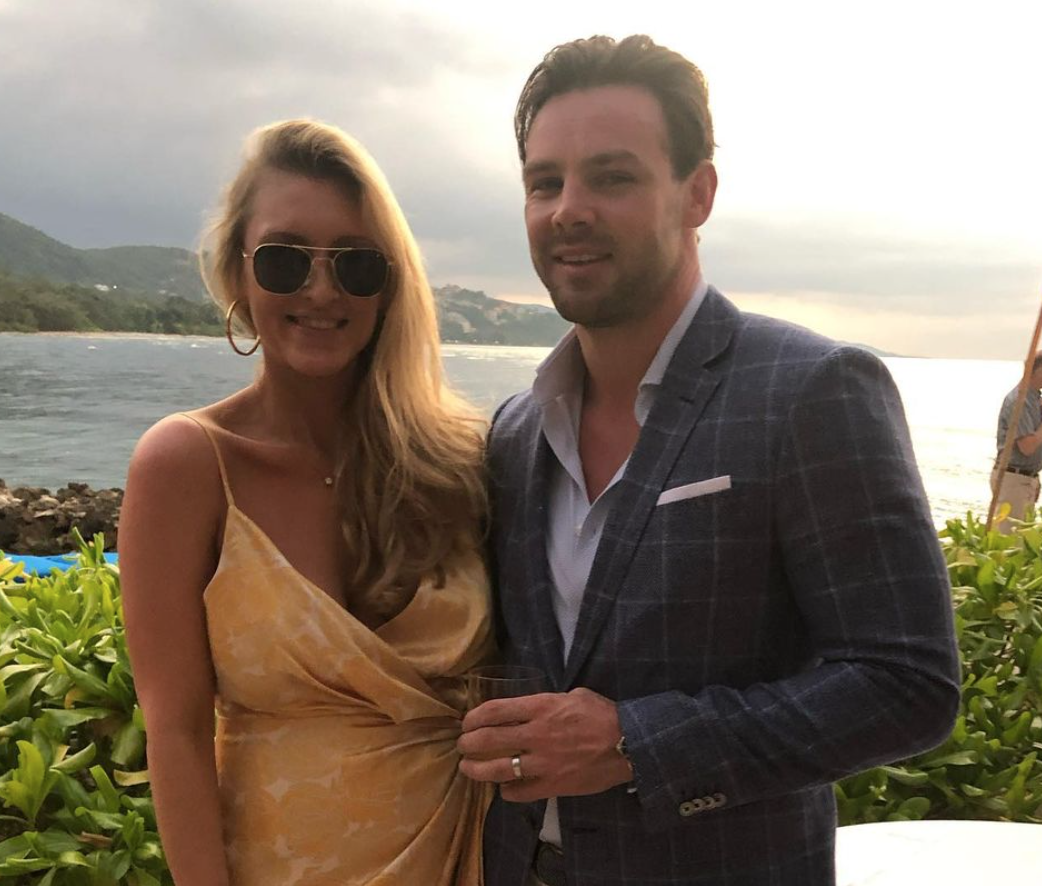 “And what’s the point of having a judging panel when it’s all down to a public vote. That’s not a skate competition, it’s a popularity competition.”

“What’s the point of anyone doing this really practicing and trying to learn if you’re just going to be judged on your popularity?”

“It’s a bit unfair, and we’re a bit sad, the worst skater wasn’t the first to go, I don’t really see the point.”

“Yes, it’s how the show makes money but maybe leave the public vote for the save me skate offs or something? Otherwise it’s just kind of pointless to even try.”

She wrote: “I hope he wins, based on skill alone, and leave this whole public voting nonsense behind!”

The mother-of-one also said she’s glad Ria Hebden is still in the competition.

“As sad as I am that Ben’s experience was so short-lived I’m glad Ria got to stay in,” she wrote.

“We sat next to her family at the show and her two little adorable children were the most well behaved little people ever, sitting in their seats cheering their mum on… I’m glad they got to see their mum stay in.”

Concluding her post, Jackie added: “I’m glad we get to go home to NYC sooner!! Had my fair share of England for a while, time to get back to the real world and get our lives back.”

“Thanks for all the support and love!!” 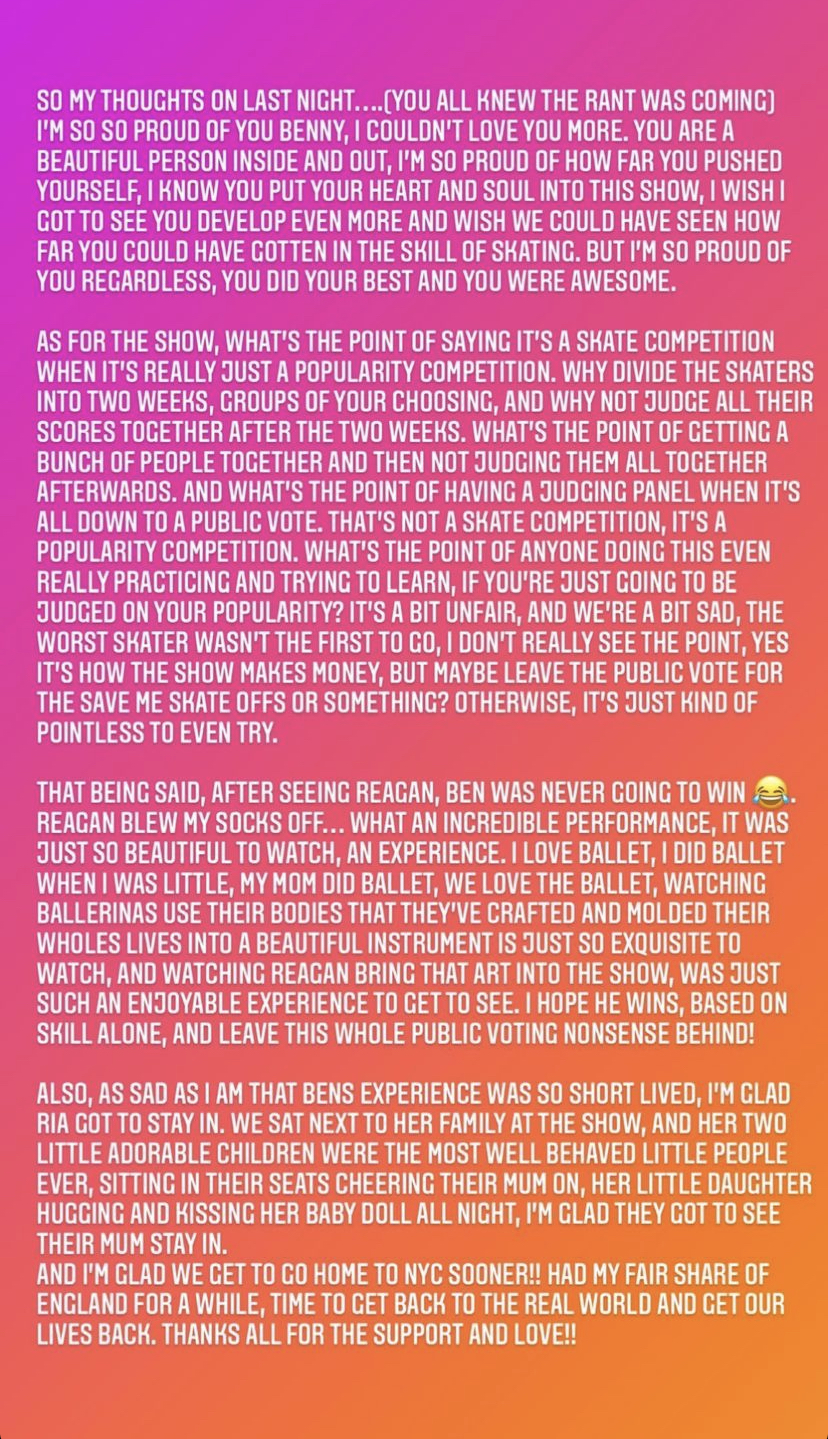 Ben was famously married to Irish singer Una Healy for six years, but they split in 2018 amid claims he was unfaithful.

The couple welcomed their first child together the following year – a baby girl named Farrah.