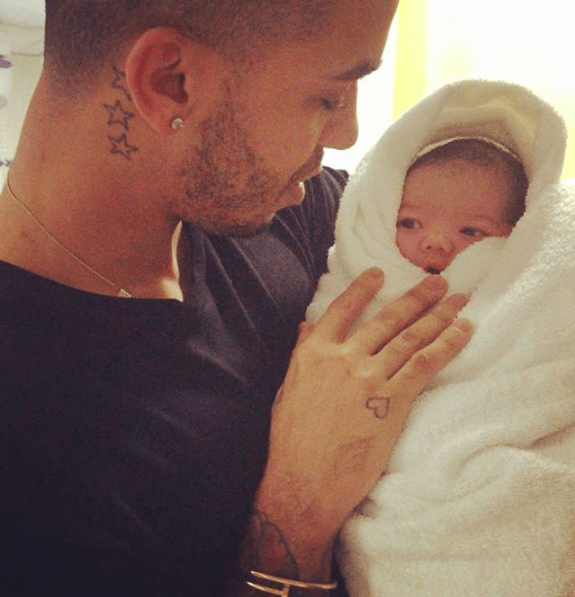 Aston Merrygold has revealed on Instagram that he and his fiancée have welcomed a baby boy.

Aston’s fiancée gave birth on Monday the 30th of January 2018.

The JLS star, who only proposed to his girlfriend Sarah Richards last month, is over the moon with the new addition, stating that his “life is now complete”.

Along with the first picture of his son on Instagram, Aston also revealed the chosen name, Grayson Jax Merrygold.

A very tired looking Aston also posted a video of his new baby chilling out together at home.

Aston and Sarah first met in 2012 when she worked as a JLS backing dancer.

The couple announced that they were expecting their first child back in September, when Aston was just about to start BBC’s Strictly Come Dancing.