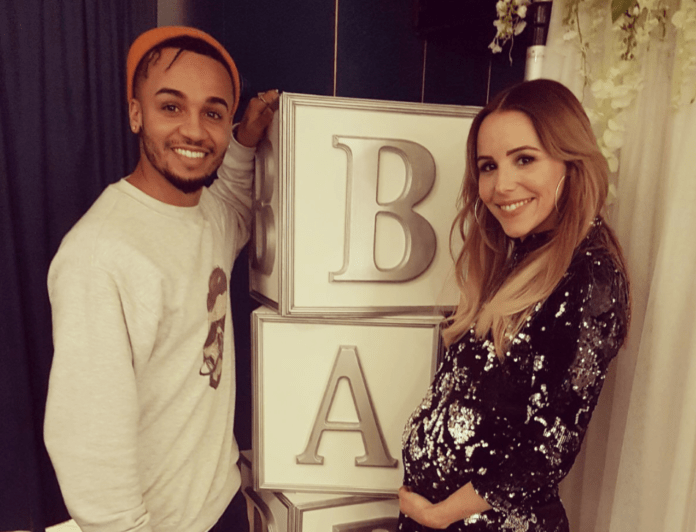 The JLS star, who rose to fame on The X Factor, posted a snap with his pregnant partner to make the announcement.

“Allow me to introduce you all to my fiancée,” he wrote, alongside the hashtags #TheMerrygolds #shesaidyes #enganged #wifey #mummydaddyandbabymerrygold.

Aston also revealed that he was on ‘cloud 9’, as he introduced his new fiancée just days before she is due to give birth.

Allow me to introduce you all to my fiancée???? #TheMerrygolds #shesaidyes #enganged #wifey #mummydaddyandbabymerrygold

Aston and Sarah first met in 2012 when she worked as a JLS backing dancer.

The couple announced that they were expecting their first child back in September, when Aston was just about to start Strictly.