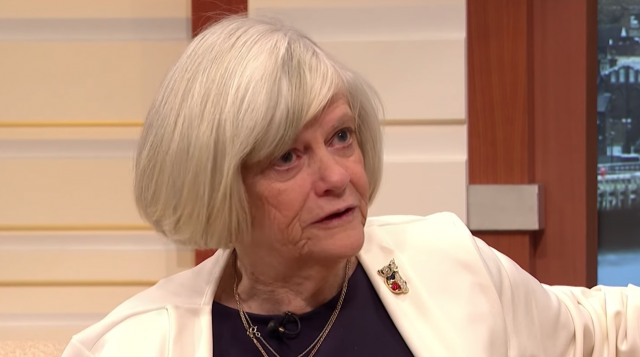 Ann Widdecombe caused quite a stir when she spoke about Meghan Markle, and how she thinks she is “trouble” during her appearance on Celebrity Big Brother.

Speaking about the former Suits star, Ann said that she felt uneasy about Meghan, who is set to marry Prince Harry in May, because of her background and attitude.

In a conversation between MIC star Ashley James and Rachel Johnson, Ann said, “I think she’s trouble,” to which Rachel asked why, and Ann replied, “Background, attitude, I worry.”

Rachel added, “She’s older than him, she’s been married before.” And the former MP continued, “Yes, I add it all up and I am uneasy, but there we go.”

While appearing on Good Morning Britain after her stint on CBB, Ann was asked about the comments she made about Meghan

GMB host Susanna Reid asked her, “I want to ask about that comment that was made in the highlights, why is Meghan Markle trouble?”

“I am just very dubious that a girl that has made her life in those sort of films, she’s been married before, she comes over and has to become an active member of a very very stuffy traditional family,” Ann said.

“I think that can be quite difficult but Harry is sufficiently far removed from the throne that if he had to make modifications he will be able to do it.”