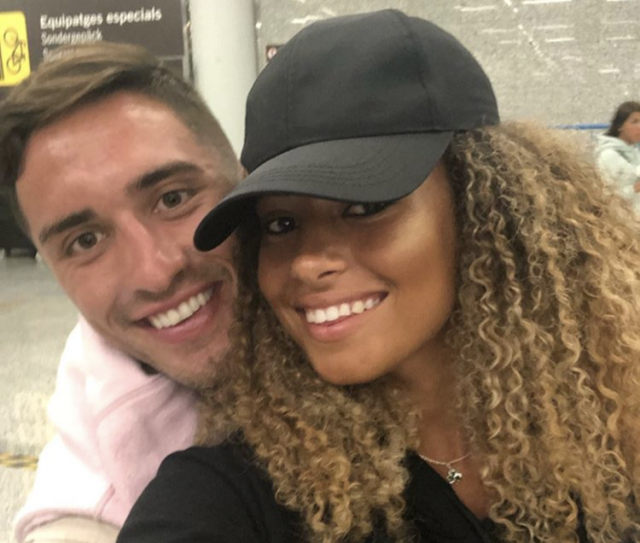 Amber Gill has opened up about taking things to a new level in her relationship with Greg O’Shea.

The Love Island winner explained that the couple are still in the stage of getting to know one another, and that they have no immediate plans to shack up together.

Chatting on Capital Breakfast, Amber expressed that their long-distance relationship between the UK and Ireland was keeping them from making a decision on their relationship.

“Things are going really well but he’s got to be over in Dublin for his rugby and I’m kinda over here in London, so at the minute we can’t really decide what we’re going to do,” she said.

“Yeah, a month and a week or something that I’ve known him!”

“And it’s like ‘woah, woah, woah’ everyone wants us to move in with him, marry him, all sorts.”

Amber also detailed that their relationship is going well, but that they are both focusing on their work commitments while making things work long-distance.

“It is going really well but it’s just hard because we’re both doing things that we love but just in separate countries.”

The former beautician also opened up about her new-found celebrity friends during the interview.