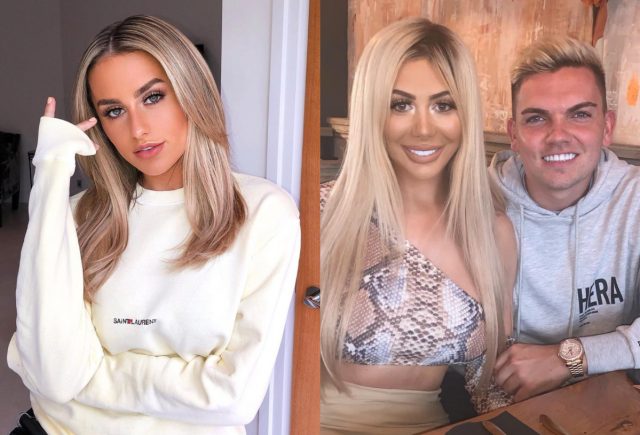 Amber Davies has responded to claims that she slept with Chloe Ferry’s ex-boyfriend Sam Gowland.

On Friday, the Geordie Shore star was in tears on her Instagram Story, as she accused the Love Island beauty of sleeping with Sam just one day after they broke up.

However, Amber has since denied Chloe’s claims by tweeting: “Shocked at how people can bite so hard after only knowing one side of a story.”

“Some of the abuse I’ve had has been heartbreaking! Peace and Love. Always! @SamGowland123 and I are friends and only friends. Nothing has ever happened between us. Can’t believe I have to tweet this.”

Amber also re-posted the message on her Instagram Story, alongside the caption: “This is the last time I’ll ever speak on this topic. @samgowland Thank You for putting up with my crying for the past few hours.”

Sam also hit back at Chloe’s claims by posting an edited image of his ex holding an Oscar, alongside the caption: “Award-winning performance #oscar.”

During Chloe’s tearful rant on Instagram yesterday, the reality star accused Sam of cheating on her after finding messages on his laptop.

The couple had split up earlier this summer, but Chloe has revealed that they were still living together and “having sex”. 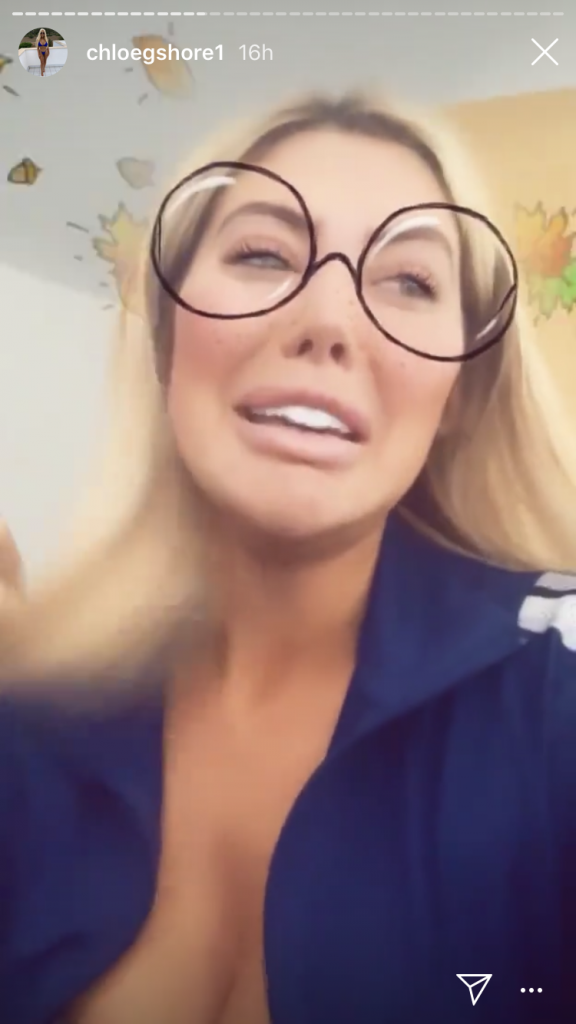 She said: “I’ve been very, very quiet about the whole situation about me and Sam but there’s a lot of things people don’t know.”

“I feel ill. I’ve come in and gone to get on the laptop because I am moving out as me and Sam are living together, sharing a bed together, having sex. I’m still in love with him.”

“I went to go on my laptop to look for houses and a girl he’d been messaging when we have been going to bed together and sleeping together popped up,” she continued.

“I literally kept me mouth shut for so long and let him paint such a bad picture about me when everyone knows that’s not me at all, that person has ruined me, honestly even the videos he was doing, he couldn’t keep his f*****g eyes still.”

“Just the worst feeling when I’ve just felt going on that laptop and seeing him messaging when you’re in love with someone is just awful. I cried in bed last night, and I said to him do you promise you’re not texting anyone else and he lied to us. I’d have had more respect for him if he was honest.”

Addressing the recent rumours that Sam had slept with a Love Island star, Chloe claimed Sam had an alleged fling with Amber Davies – who won the show in 2017 with Kem Cetinay.

Chloe raged: “One day after we broke up, you had sex with her… I looked at the laptop and it’s f***ing true! He’s making me look like a bad person.”

“Basically, Sam and Amber lied to us because I found messages on the laptop… Do I have ‘mug’ on my f***ing head?”

“Not only have I found messages on Sam’s laptop that he has been messaging other people while we have been in bed together, I also found out the day after we finished he had sex with Amber Davies!”

“Literally so soul-destroying, it hurts so much. What an idiot I am.”

In another post on her Instagram Story, Chloe accused Sam of gaslighting her by saying: “There’s nothing worse than being with a lad who makes you think you’re a psycho, you’re going insane for weeks.”

“I asked him and asked him the truth and I was believing his lies. Don’t ever let a lad let you think you’re going insane.”

Chloe later reposted a message of support from Love Island star Megan Barton Hanson, who recently claimed that Amber was “sexting” her ex Wes Nelson while they were still together.

Megan’s message read: “Nothing makes my day more then when a snakey b***h gets exposed! imagine moving like that and lying the numerous heartbroken girls that you ain’t s****d their ex! I’m all for getting that D but have some respect or just own up to being a heartless little rat.”