The family of Love Island star Amber Beckford have deactivated her Twitter account to “protect her mental well-being.”

After being dumped from the show on Tuesday night, the 24-year-old has received “vile” tweets from viewers.

In a statement shared on Instagram, her family wrote: “Amber’s time in the villa has come to an end. We have received some lovely comments & messages and thank you from the bottom of our hearts.”

“However as most of you are probably aware of some of the vile tweets, messages and post’s [sic] that are being written about Amber. As Amber’s family and friends this has been extremely hard to see and sometimes sickening.”

They continued: “We didn’t want to have to post something like this but please remember that bullying somebody over an hour episode of a televised show is damaging.”

“Bullying and negative comments can be extremely harmful to someone’s mental health and sometimes in worse cases can be fatal. We will not stand for bullying and harassment.”

“For this reason, we have unfortunately decided to deactivate Amber’s twitter before her arrival home to protect her mental well-being. This is a decision that has been made by Amber’s close friends and family as it has been extremely for her family and friends to see, and we still want to make this an exciting time for Amber; not a negative one.”

“We’d like to thank everyone again for some of the love and to those who have supported Amber on her journey.”

“We wish Amber’s new friends the best of luck in the villa and will continue to support them, please remember to be kind to them also; were [sic] only human.”

“If you have nothing nice to say, keep it to yourself,” the statement concluded. 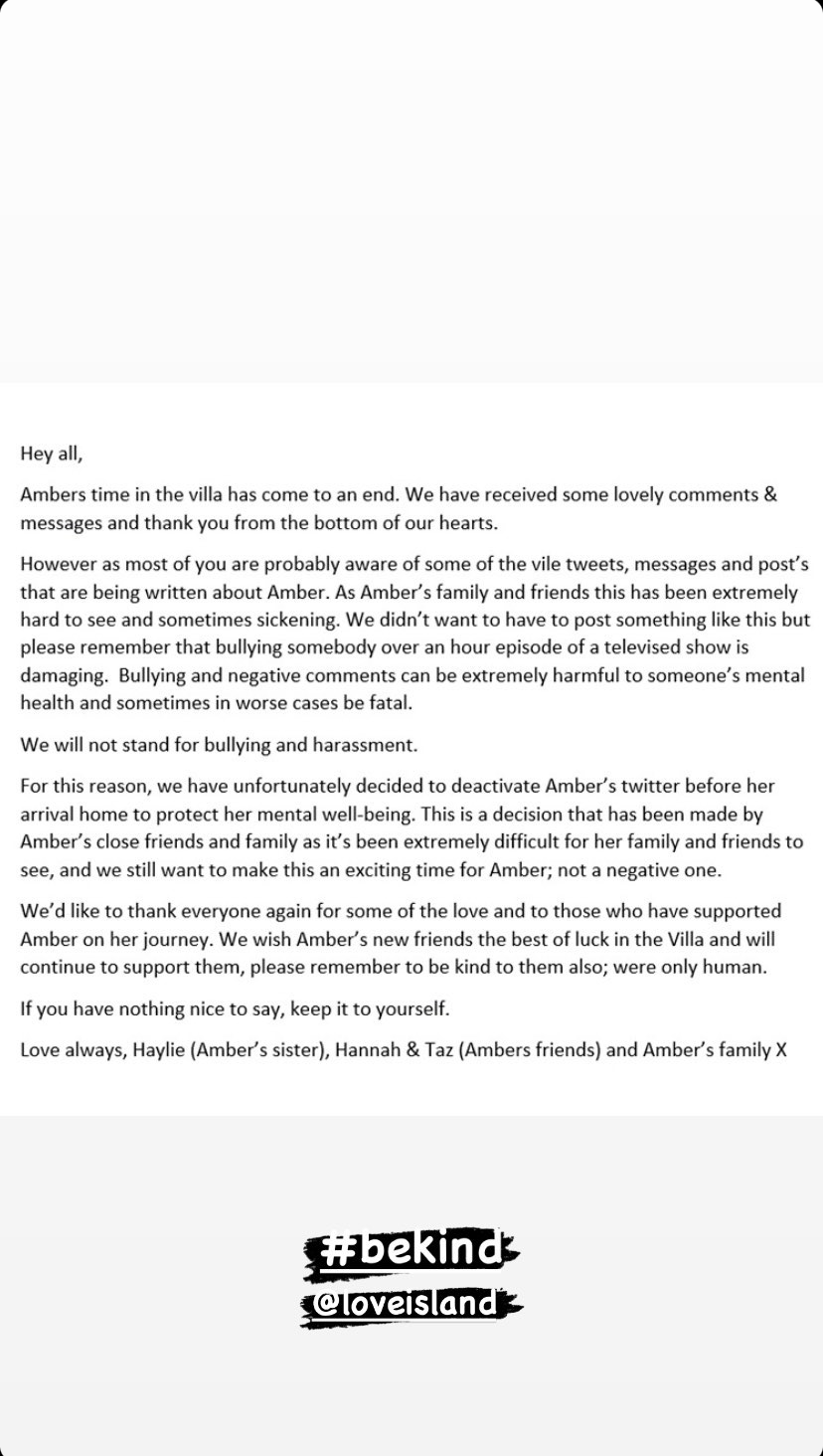 The 24-year-old left the island as a result of the public’s voting, and was joined by Ikenna Ekwonna who was voted off from the boys.

The public had been voting for their least favourite girl and boy which left Monday night’s show on a nail-biting cliff hanger as the contestants gathered around the fire pit to learn their fate.

The girls were left devastated as Amber left, with Tasha saying she felt “heartbroken” that she was dumped, while the boys said how the villa wouldn’t be the same without Ikenna. 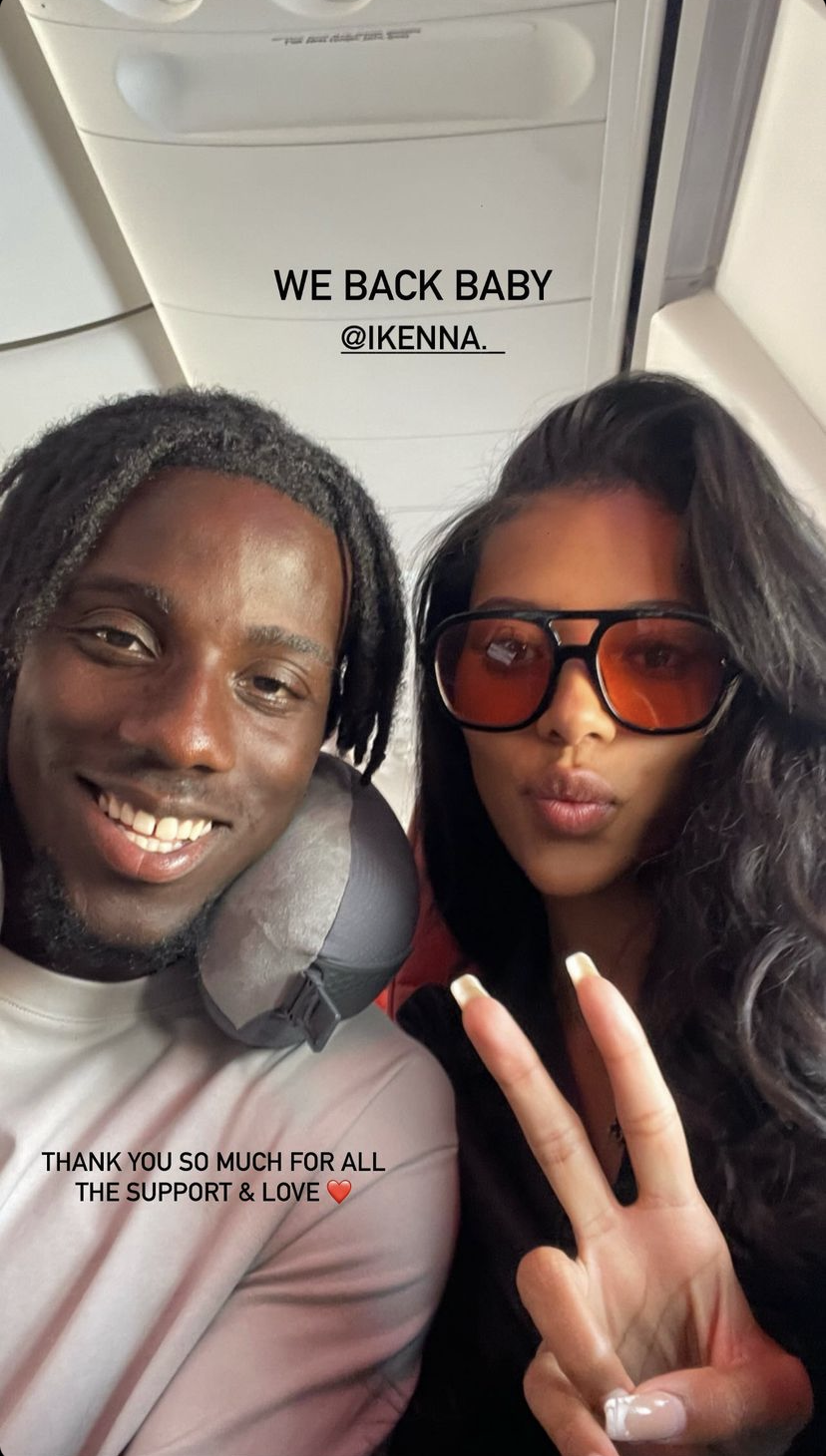 Speaking as he left the villa Ikenna said: “I will miss the boys and Dami so much and I wish them all the best!”

Amber then added: “I will miss all of them, I will miss the chats with Dami and I have no regrets over my time in the villa at all.”