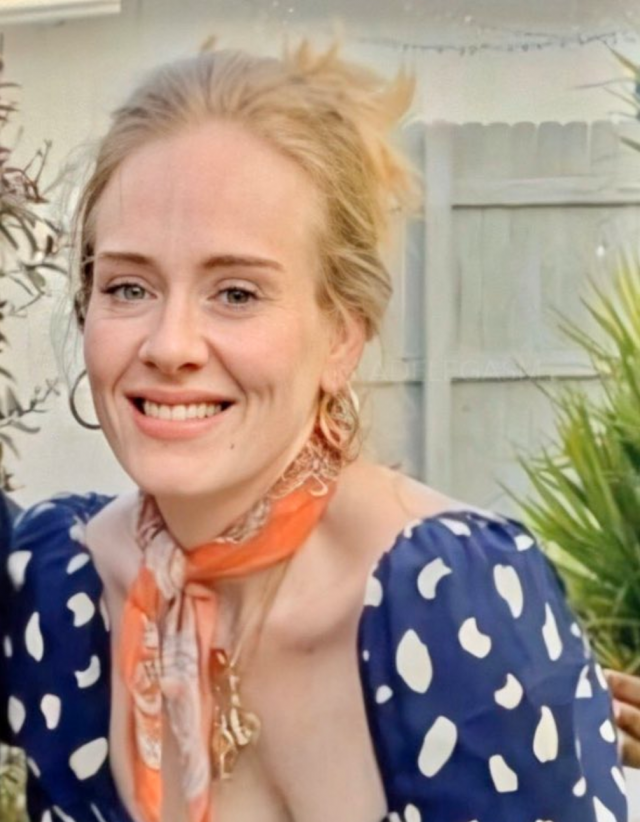 Adele reportedly told fans that she’s lost “something like 100 pounds” while holidaying in Anguila with Harry Styles and James Corden.

Late last year, the 31-year-old showed off her slimmed down figure after losing a reported three stone, and told fans, “I used to cry but now I sweat.”

A few months later, the singer allegedly discussed her weight loss journey with 19-year-old college student Lexi Larson, who met Adele at a restaurant in Anguila.

Lexi told People: “She said she lost something like 100 pounds, and that it’s such a crazy positive experience. She seemed so happy, and she looked amazing. She seemed really confident.”

Lexi also revealed the singer brought Harry Styles over to chat to her and her friend at the restaurant.

“We were so excited. We were talking to her for a little while, and then she got Harry Styles to come over and sit with us also.”

“We took a picture with Harry, and we talked to them for 15 minutes probably. It was a really positive experience. It was really cool.”

Lexi also said Harry and Adele “were more asking us questions”, as they discussed “life and college”.