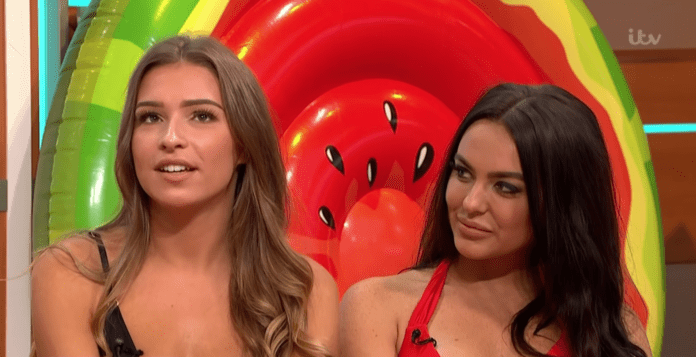 Zara McDermott has revealed that Adam Collard hasn’t contacted her since leaving the Love Island villa.

On last night’s episode, the 22-year-old was booted from the island alongside his partner Darylle.

After leaving the villa, Adam revealed his plans to reunite with Zara, who he was coupled up with before – but he’s yet to get in touch with the brunette beauty.

The 21-year-old appeared on Good Morning Britain today, and she said, “I’ve not heard from him… I think he needs to pull his finger out a little bit.”

“It wasn’t easy watching him kiss someone else on TV so soon after we had separated so I think he has got to pull his finger out a little bit and make some effort.”

“The Adam I watch on TV and the Adam I got to know in the villa are two different people. I need to wait to speak to him in person.”

Zara appeared on GMB alongside fellow dumped islander Rosie Williams, who Adam brutally dumped before moving on with her.

Despite the drama inside the villa, Zara and Rosie have buried the hatchet.

Zara said, “We are absolutely fine,” before Rosie added, “We are going to go for dinner and have a little chat.”