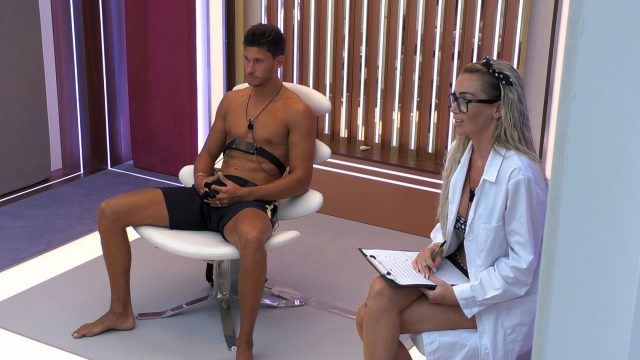 Love Island’s famous lie detector task may be scrapped from the programme this year, after iTV officially axed The Jeremy Kyle Show this morning.

The programme was cancelled after 14 years on air, following the apparent suicide of a man who failed a lie detector test on the show.

Every year, Love Island contestants are wired up to a polygraph while answering questions from the person they’re coupled up with – and the dramatic episode always goes down a hit with viewers.

However, bosses may choose to scrap the popular task to avoid any more controversy.

A TV insider told The Sun: “The lie detector episode is everyone’s favourite but it does cause some serious arguments between couples.”

“Love Island is already under scrutiny following the tragic deaths of two past contestants so producers will be keen to avoid any further issues.

“Some viewers are calling for the show to be axed so it looks likely they’ll get rid of the lie detector to keep people happy,” they added.

After ITV confirmed their decision to cancel The Jeremy Kylie Show, many slammed the channel for not cancelling Love Island – following the deaths of two former contestants, Mike Thalassitis and Sophie Gradon.