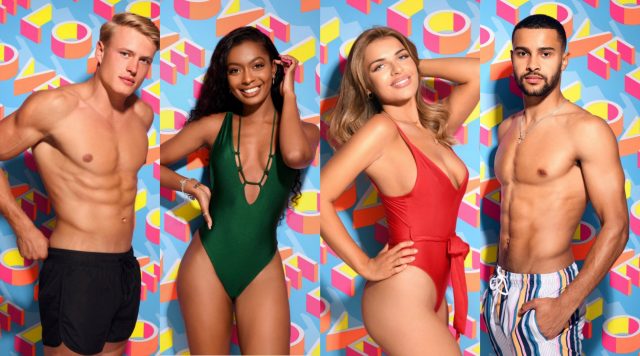 Love Island has finally announced that 12 new islanders will be entering the show via the Casa Amor challenge.

Six new girls and six new boys are being introduced to tempt the current villa residents out of their current couplings.

Here is the low down on all of the new entries:

Jourdan is a 24-year-old influencer, model and actress from Essex.

I feel like it’s my bubbly personality. I’m quite go with the flow but I’m also a ‘don’t cross me’ person. I’m all about energy and being positive and having good vibes. My energy and my vibrant personality is what could make me a good Islander.

What’s your claim to fame?

It’s probably my modelling. I did a double page spread for Elle last year, and I did Vogue Italia.

In no order, my three would be Michael, Danny and the new Tom. He is beautiful. I also like Jordan. 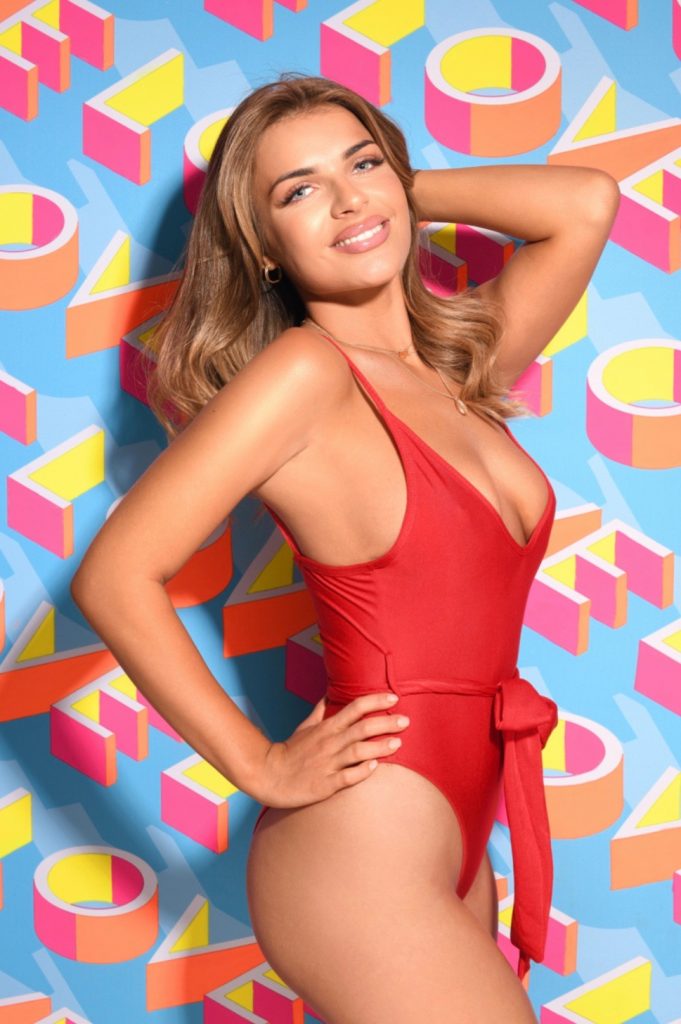 Maria is a 22-year-old VIP Host from Cheltenham.

How would you rate your looks on a scale of one to ten and what would you say is your best feature?

I’d say I’m either a strong seven or a weak eight. My best feature is probably my lips. They are natural but people always ask me if I’ve had them done, so I guess I’m quite lucky.

Which of the girls do you think you’ll get on with?

I think Lucie and Maura. All the other girls in my opinion are acting like they don’t talk about sex, but I’m sure when they are at home they are just as bad.

Deep down, it is Anton but I just can’t stop thinking about when he went in and talked about having a wandering eye. When I first saw him, I was not attracted to him but now I’ve watched him and got to know him, he’s funny and sweet. 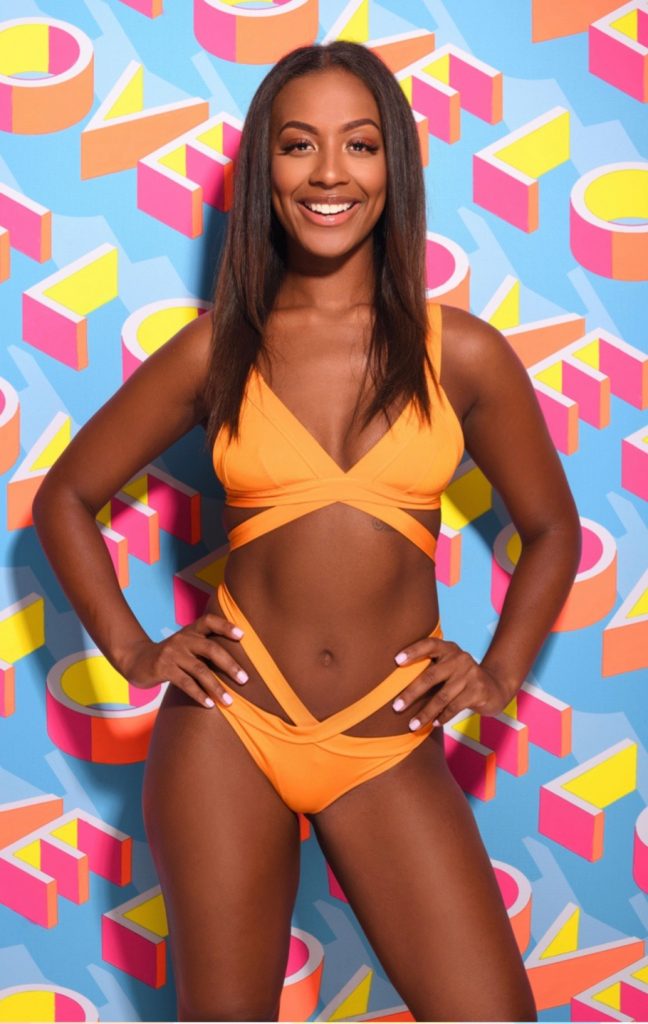 Lavena is a 23-year-old business developer from Croydon.

I’m confident and I’m ready for love. I’ve been on my own for four years so whoever I meet in there I will fall for. I needed a while to get over my last relationship and really enjoy myself before I could commit to someone. But now I’m very much ready.

What are your three best and worst personality traits?

I’d say I’m funny and always up for a laugh, I’m confident and I have a lot of good chat. People say that if I’m upset I keep it to myself too much, and then I end up ghosting people. But you can’t ghost people on the island.

I like Tom, Danny and Anton. If I had my pick, I’d probably go for Michael but I feel like he’s really coupled up. But Anton seems very funny so we would bounce off each other.

Nabila is a 29-year-old hostess from London.

What’s an immediate turn off for you in a guy?

Showing off and if someone speaks about things in a materialistic way. As if a guy’s car or watch is going to make me want them! If I met a millionaire, I’d rather they hid that from me. Also I can’t stand bad footwear. I don’t like old shabby shoes, I think it’s says a lot about you.

How far are you prepared to go in the villa to get the guy you want?

This sounds egotistical but as long as I make it clear I like someone, then I don’t think it’d be that hard to get a guy. I need to make it clear if I find someone attractive and then see if we vibe. I don’t think they are in ‘relationships’ really yet, it’s only been a few weeks so I don’t see treading on toes as a big deal.

I have got my eye on Anton. I think he is cheeky and I think he’s misunderstood by the girls in the villa. He is my vibe, he’s got a great personality and he is funny and entertaining.

Joanna is 22, from London, and works as a recruitment consultant.

What’s your definition of girl code?

Girl code is simply being honest to a girl’s face. If a girl is coupled up with someone and you want to get to know that person, then girl code for me is explaining exactly how you’re feeling to the other girl – it’s honesty and face to face.

What’s your idea of the perfect guy?

The perfect guy to me is someone who will give their all in a relationship and someone who has got a bit of banter and who is selfless.

Anton and Tom. With Anton I find his personality so attractive and he’s got banter, so I think we’d connect. Tom is my type and what I usually go for looks-wise so I’m hoping his personality matches his good looks.

Belle is a 23-year-old makeup artist from Bromley

What’s your claim to fame?

My dad is an actor, Tamer Hassan. He’s been in The Football Factory, The Business, Game of Thrones – he is my link to the famous world. He is a very supportive dad, he is like my best friend and is always there for me. He’s told me to be myself but has also warned me ‘I’m watching and I’m going to be seeing every detail!’ Because he was in a film with Danny Dyer, I’ve met Dani Dyer when we were kids

How far are you prepared to go in the villa to get the guy you want?

Of course you never want to upset anyone but at the end of the day we’re all there to find someone we want to be with and if there is a connection there, then I will go for it. You have to do what you’ve got to do. Do I worry about treading on toes? I do and I don’t.

Definitely Anton. Tom is good looking too and Tommy is gorgeous. 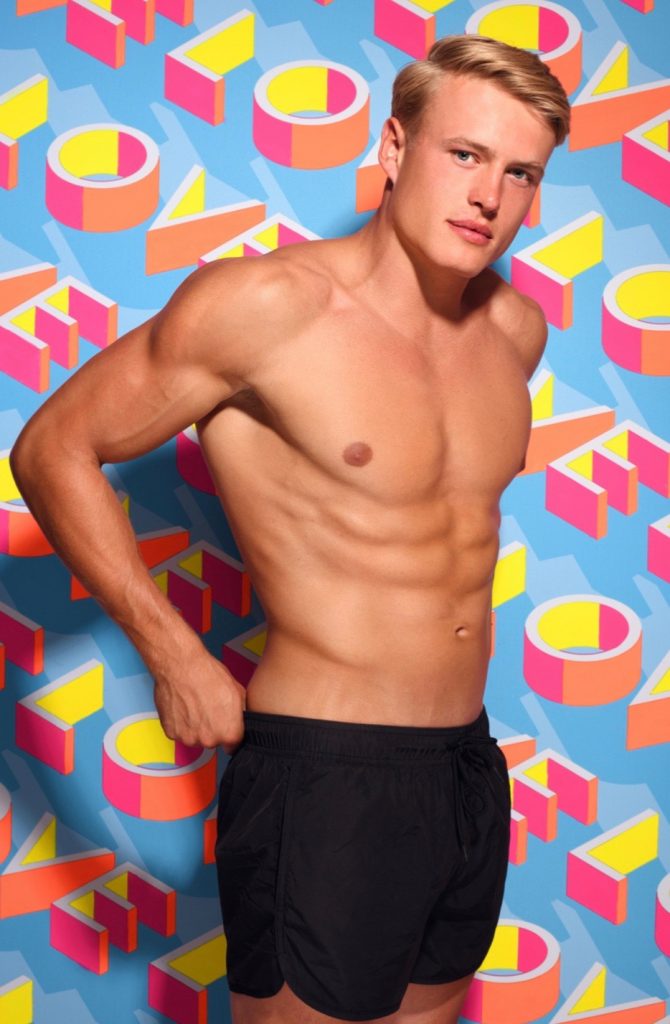 George is a 23-year-old builder from Essex.

What’s been your most disastrous date/dating experience?

A couple of times in the past I’ve definitely been catfished – but so has everyone right?

What’s an immediate turn off for you in a girl?

Someone who is stuck up and negative.

Amber and Anna – Amber is my type, they are the sort of girls I’d go for looks-wise and Anna is really pretty and she’s got a nice body

Ovie is a 28-year-old professional basketball player who plays for Great Britain.

How far are you prepared to go in the villa to get the girl you want?

Treading on toes? Is there any such thing in Love Island? People are going to be put in tough spots on this show. I’m not worried, I’m not going to be disrespectful, I’m confident I bring enough to the table.

What’s your idea of the perfect girl?

Someone who can be themselves around me.

Amber and Anna – Amber is my type, they are the sort of girls I’d go for looks-wise and Anna is really pretty and she’s got a nice body.

Who do you have your eye on in the villa? They are all gorgeous girls but Anna, I’ve been watching her from the beginning and she has consistently has been on my radar

Stevie is a 21-year-old student from Isle Of Man.

What are your three best and worst personality traits?

I’m charming, friendly and laid back. In terms of bad traits, I’m very disorganised, I’ve got no filter and I’m an overthinker.

What’s your definition of bro code?

Not trying to graft on their partner.

Lucie seems really sweet and down to earth. Arabella is beautiful, I couldn’t believe my eyes when she walked through the villa. Maura is also stunning. But Lucie would be my number one.

Marvin is a personal trainer from Bournemouth.

What’s your idea of the perfect girl?

I would say ambitious, cultured and loyal. I’ve had some bad experiences in the past so definitely that.

Who is your celebrity crush?

Jessica Alba is probably the one.

It’s changed a few times because of how people have reacted to things. My type I’ve always said is brunette. Anna has definitely caught my eye but then recently Lucie has as I feel like she’s very similar to me in the sense that if she doesn’t want to hang around with a group she won’t force herself to do, which I’ve admired. I have also only seen a brief bit of Arabella but definitely her.

Dan is a 21-year-old builder and bathroom salesman from Nuneaton.

I’m a cheeky lad, I’m confident and I reckon I’ve got the gift of the gab.

What’s your definition of bro code?

If I’m mates with someone, I’ll back them. Although I don’t know what it’s like in the villa… I feel like it might be different in there as everything is a little bit more intense.

I do fancy Amber but I know she seems loved up with Michael. I’ll test the water with it though. Then I’ll probably go for Lucie and Maura.

Dennon is a 22-year-old professional footballer from Watford.

How far are you prepared to go in the villa to get the girl you want?

A million percent. I’m not going to hold back. We’re all in there for the same reason. That won’t stop me pursuing something.

Which of the guys do you think you’ll get on with?

Michael and Anton, who have really good banter. Michael seems very level headed so I think we’ll get on well. Tommy’s probably the biggest competition. Everyone loves him, he’s a good guy.

I have my eye on quite a few of them – Lucie’s very nice. I do like how Maura is turning out to be. She’s really feisty and could be a handful.