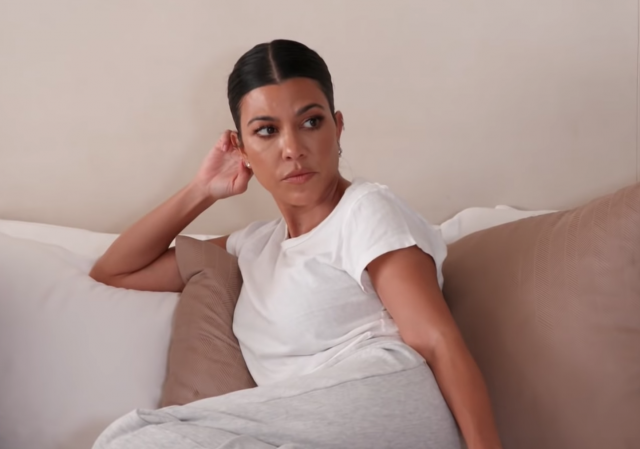 Kourtney Kardashian worries someone she “trusts” is stealing from her in a teaser clip for the upcoming episode of Keeping Up With The Kardashians.

During this Sunday’s episode of KUWTK, Kourtney’s assistant Megan tells her that money is missing from her purse.

In the clip, she says, “Kourt? So, we discovered that there was cash missing from your wallet. So I don’t know if you spent it out the other night…”

Kourtney then says, “I specifically handed $20 to the valet but I had hundreds and I threw them back into my bag.”

Her assistant replies, “Okay, because there’s no hundreds there right now…”

Kourtney insists the money was “definitely there,” before saying, “You know when you just know? Like, I know for a fact.”

Then during a camera confessional, Kourtney admits: “The fact that money is missing from my wallet definitely doesn’t feel like a coincidence. We had an iPad missing in the house too.”

“I have people in and out of my house all day. People that I trust. Something just isn’t right.”