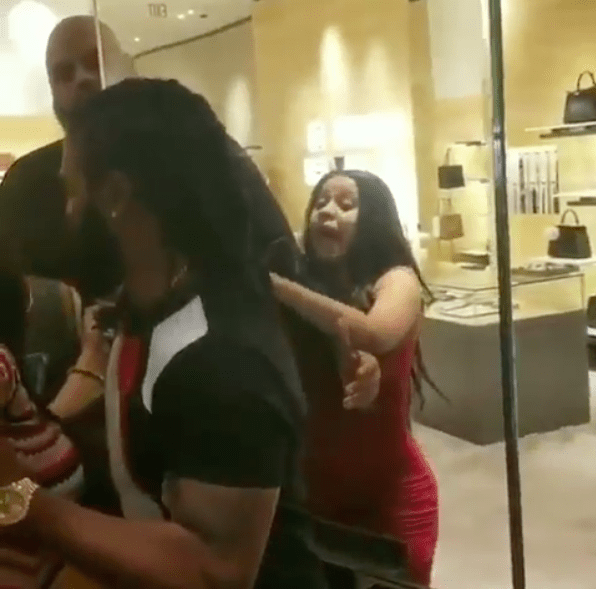 Cardi B was involved in another altercation involving a fan, who kicked off after the rapper refused to stop for pictures.

According to The Blast, the incident occurred in Las Vegas last month, and now the video has gone viral.

The video of a woman, who The Blast has named as Lolita Beckford-Dawkins, reportedly got into a screaming match with the pregnant singer after she ignored her.

Explaining what happened, the woman said she asked Cardi for an autograph, and when she was ignored, Dawkins began shouting at Cardi and her fiancé OffSet.

The woman shouted, “F*ck Cardi, you ain’t sh*t,” and branded the Bodak Yellow singer as fake, after she only responded to her when she called her out.

In a since-deleted tweet, Cardi said of the incident, “I was walking to the store and the man asked for a picture and I said no.”

“Then he took out his phone, got next to me, and my security told him, She said no!, Then the guy and his girl started calling me a wack ass bitch so I started barking.”

Last week, after the Met Gala, a fan was reportedly beaten up by Cardi’s entourage after the man refused to stop asking for an autograph.