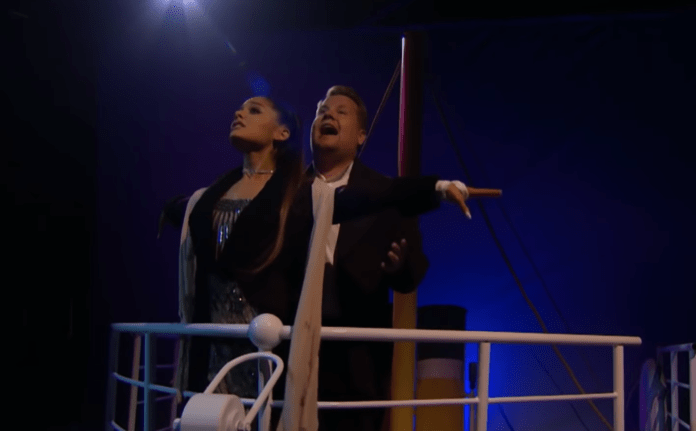 Ariana Grande and James Corden have teamed up for an incredible Titanic-themed performance.

The famous pals recorded the five-minute musical in one take, and paired each scene with a modern song.

Ariana and James remade classic scenes from the film, including THAT famous scene at the front of the ship.

The performers sang chart-topping songs such as Ed Sheeran’s Shape of You, and Timbaland’s The Way I Are.

Ariana will appear on Carpool Karaoke with James tomorrow, on August 15.