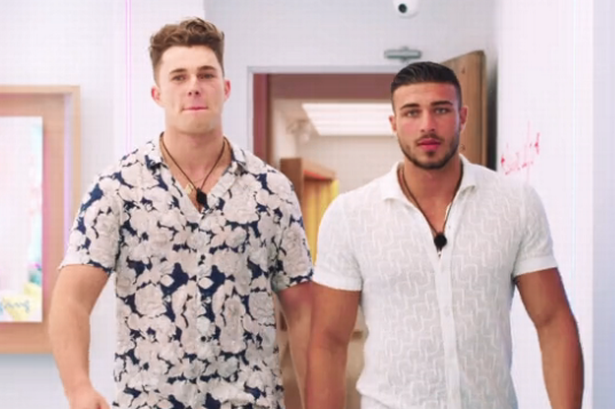 Viewers were left reeling after the second episode of Love Island saw two of the girls join a new couple.

Newcomers Curtis Pritchard and Tommy Fury were allowed to pick any girl they wanted – mean two of the guys would be left single.

It was clear that boxer Tommy liked Lucie Donlan, but she was already very loved up with Joe Garratt.

The pair were seen cuddling in bed and kept kissing in front of their house mates, but clearly Tommy didn’t take the hint.

After choosing Lucie and splitting up her coupling with Joe, people were quick to hit out.

me, lay in bed tonight, fuming at tommy and wanting to know what happens on the date tomorrow. #LoveIsIand pic.twitter.com/Pj7tPhH2uC

Tommy: “The girl I would like to couple up with is Lucie” #LoveIsIand pic.twitter.com/IQ32qGsnnp

Meanwhile Curtis has now paired with air hostess Amy, leaving the “snake” of the series Anton free to mingle.