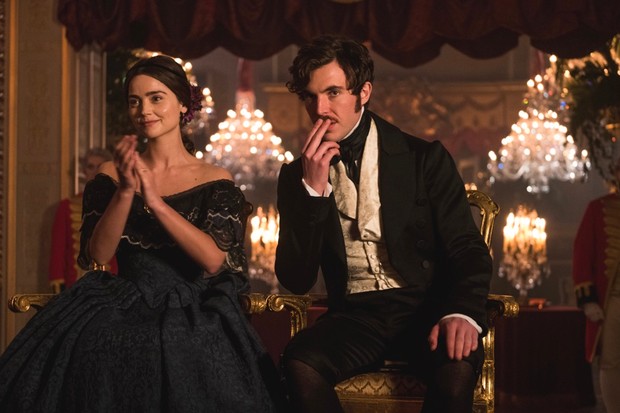 Jenna Coleman and Tom Hughes have split after four years of dating.

Jenna, 35, and Tom, 35, fell in love on set of top ITV series Victoria, when they were cast as Queen Victoria and Prince Albert.

According to The Sun Jenna has now moved into her own place, with Tom helping with the move, and that the pair are trying to “salvage a friendship.”

“They are trying to salvage a friendship but obviously these are trying times, and it’s not easy,” a source told the publication.

“Both Tom and Jenna are terribly sad, but the relationship ran its course. There was no third party involved.

“Jenna’s career is going from strength to strength, she’s being offered increasingly more roles abroad, especially Los Angeles, and she wants to focus on this while she’s still young.”

Before dating Tom, Jenna had a high-profile relationship with Bodyguard star Richard Madden, splitting in 2015 after dating on and off for four years.