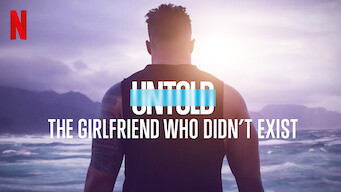 In 2012, the Notre Dame player was messaged on Facebook by an LA-based woman named Lennay Kekua, and the pair struck up a close relationship.

While they often spoke on the phone, Lennay always made excuses as to why she couldn’t meet Manti in real life.

Later, Manti found out through Lennay’s family members that she had been diagnosed with leukemia, and she died the same day his grandmother did.

Manti was left devastated, but as this two-part documentary reveals, everything was not as it seemed…

The now 31-year-old continued playing football and garnered more media attention than ever due to his tragic losses.

But a Deadspin investigation into Lennay’s identity later revealed that his online girlfriend never existed.

True-crime fans frenzied on Twitter after Untold: The Girlfriend Who Didn’t Exist landed on the streaming platform on Tuesday.

One Twitter user wrote: “My god this story is insane. Must watch!,” while another said, “What a beautiful human being. May we all strive to be this forgiving and have his kind heart. 10/10 recommend watching!”

A third tweeted: “My husband and I just watched the first episode and I am speechless. What kind of person would do that to another person. I am so sick of people using their lack of self-confidence, etc. as a reason to destroy someone else’s life. Disgusting!”

A fourth Twitter user wrote, “This is another story of how quickly the media and internet can tear you down.”