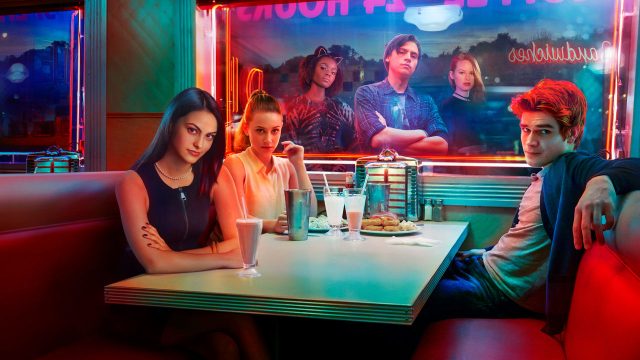 Since Storm Ophelia has given us all an unexpected Bank Holiday Monday – you might as well spend your day cosying up and watching one of our top 7 series on Netflix.

Whether you want to get stuck into a thriller or you’re looking for a laugh, here’s 7 shows you could watch in one day.

Do you love documentaries and crime series? Then you will wanna watch this!

The true crime documentary series looks at cases where people who are convicted of murder claim their confessions were coerced, involuntary or false.

This series has got a lot of attention in the past year for its outspoken and brutally honest storylines.

This dark but addictive series tells a story of a girl who leaves 13 tapes, explaining that there are thirteen reasons why she decided to end her life.

If you love real life stories and thrilling crime series you will love this.

Narcos looks at the cocaine trade in Columbia.

If you have already seen season 1, season 2 and 3 are now streaming too.

If you are in the mood for more of a romantic, drama filled series you will want to watch Gilmore Girls.

Netflix have done us all a favour by bringing out another season of the iconic series.

AND if you have never seen it before Netflix have all the seasons available for you.

If you love anything Sci-Fi then you NEED to watch this series.

This gripping series goes through a story of a boy who vanishes into thin air.

His friends, family and local police search for answers, they come across an extraordinary mystery, terrifying supernatural forces.

This series is full of drama, mystery and romance – and we are totally hooked.

If you loved Pretty Little Liars you won’t want to stop watching this.

Last but not least, this is another drama that will keep you preoccupied for the day.