Love Island fans are “grossed out” by Luca Bish and Gemma Owen after the latest episode of the show.

On Wednesday night, the pair recoupled after Gemma made a touching speech about how she thought they could have something “special”.

Later in the episode when the lights went off, the couple began getting intimate – much to viewers disgust.

The 23-year-old sensually sucked his flame’s toes while she rolled around the bed giggling.

Disgusted Love Island viewers took to Twitter to beg the couple to “keep it under the sheets.”

One user wrote: “EW??? WHY HAVE I JUST SEEN LUCA PUT GEMMA’S TOES IN HIS MOUTH,” as another joked: “if they show Luca suck Gemma’s toes one more time I’m going to file a complaint.” 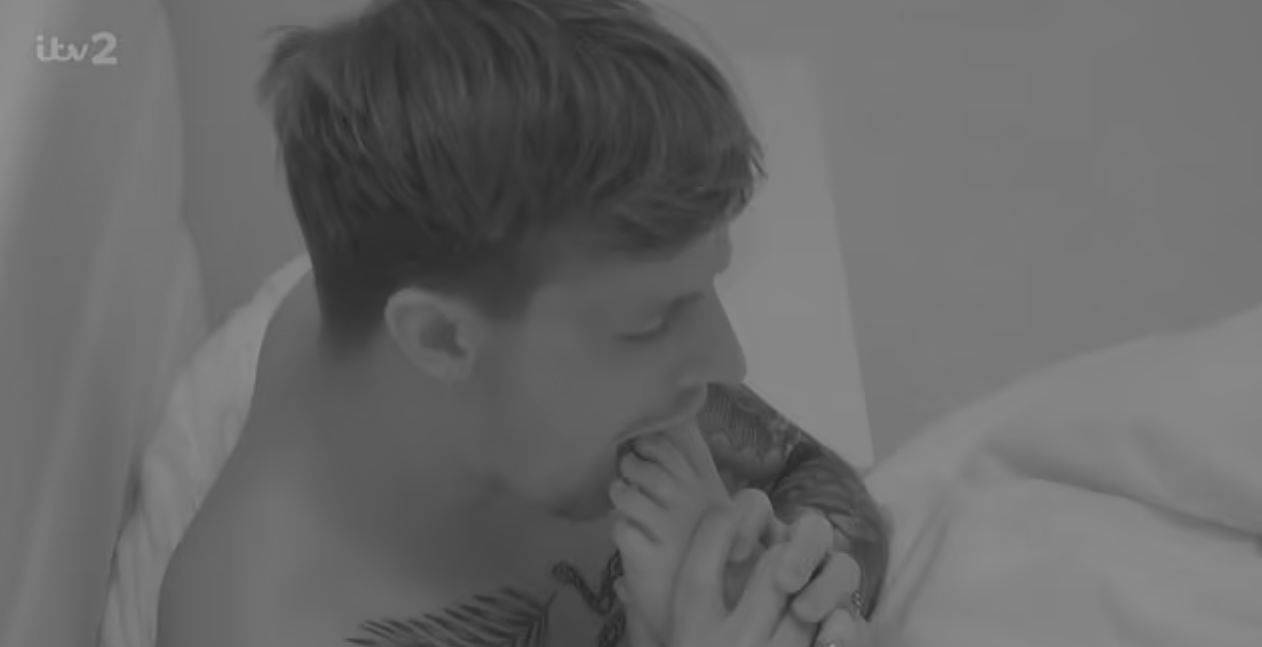 A third weighed in: “Luca said sucking toes is disgusting now he can’t keep Gemma’s foot out his mouth ffs.”

Their bedtime antics come just days after the fishmonger jokingly sucked Gemma’s big toe while they were sitting with their fellow Islanders.

Ekin-Su Cülcüloğlu pointed out Luca’s advances, which he quickly denied with embarrassment.

EW??? WHY HAVE I JUST SEEN LUCA PUT GEMMA’S TOES IN HIS MOUTH #LoveIsland pic.twitter.com/qnmB4F5fzG

#LoveIsland LUCA SUCKING GEMMA’S TOES AGAIN ??? i need to never see either of them ever again NO MORE SCREEN TIME pic.twitter.com/6Ynprn4Tq4

Sorry why is no one talking about Luca sucking Gemma’s FUCKING TOES #LoveIsland pic.twitter.com/gKQpRwq6Uv

THE CHALLENGE IS OVER LUCA??!!! WHY ARE YOU FEASTING ON GEMMA’S TOES #LoveIsland

why did we have to be subjected to luca sucking gemma’s toes omg…….