The Masked Singer: The unmaskings so far and the top clues 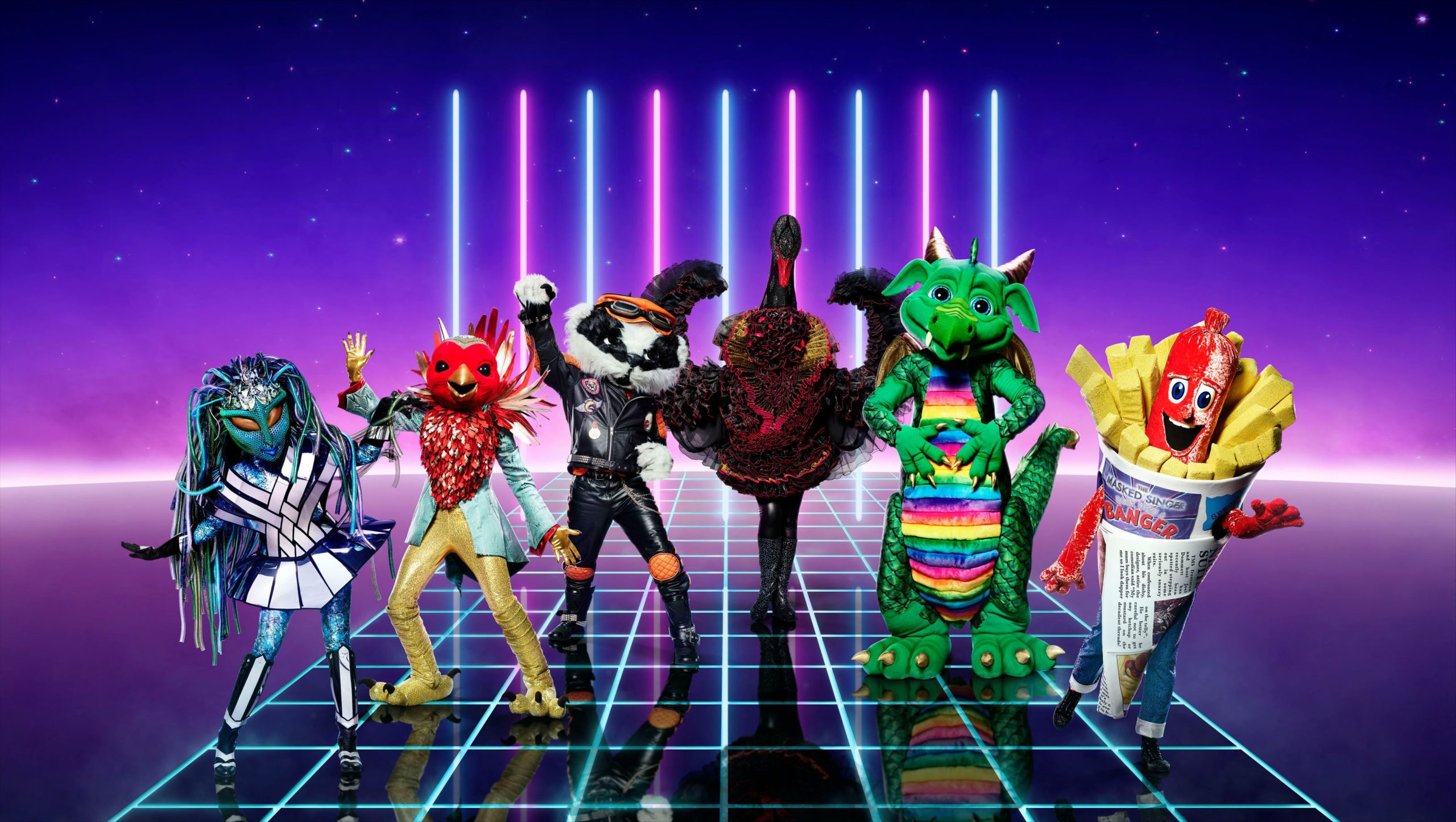 The Masked Singer returned to our screens back in January, with twelve new celebrities hiding behind costumes.

The wacky reality show follows a group of masked stars, as they battle it out on stage with their singing talents.

At the end of each episode, one celebrity’s identity is revealed as they are unmasked on stage in a wild guessing game.

Ahead of the finale, which airs on Saturday February 13, we have rounded up all the unmaskings so far, and the top clues for the remaining celebrities.

Sophie Ellis-Bextor was unveiled as The Alien on the first episode of the show.

Ahead of her unmasking, the singer teased: “I have never been invaded, but I have been part of an epic battle.”

The 41-year-old was referencing her cameo in the hit series Game Of Thrones, with three of the judges correctly guessing her identity.

Mel B was revealed as The Seahorse on the second episode of the series.

The Spice Girls star admitted she kept her stint on the show a secret from her former bandmates, saying: “I didn’t tell any of them… They’ll probably be annoyed I didn’t tell them!”

Three of the judges correctly guessed The Seahorses identity as Mel B before her unmasking.

Actress Martine McCutcheon was behind the Swan costume.

Jonathan Ross guessed her identity correctly, after her hints were linked to a Prime Minister and President, which he thought was a tribute to her role in Love Actually.

Football legend Glenn Hoddle was behind the Grandfather Clock costume.

One of the 63-year-old’s clues was a Bulgaria postcard, referencing his England debut against Bulgaria.

The former England manager left the judges shocked by his unmasking, with none of them correctly guessing his identity.

The Bush Baby was revealed to be comedian John Thompson.

The actor described performing in the costume as “hell on earth”, admitting it was an uncomfortable experience.

Speaking to the Press Association after his unmasking, he said: “There were parts of it I loved, but the heat wasn’t something I loved at all.”

Episode 6 – The Viking and The Blob

Episode six featured a double elimination and unmasking, with a-ha frontman Morten Harket being revealed as The Viking.

Speaking about his decision to do the show, Morten said: “I did it because I needed to be put out of my comfort zone.”

The judges were shocked by the unmasking, after incorrectly guessing Stephen Fry and Morgan Freeman.

The show’s semi-final featured another double unmasking, and soul singer Gabrielle was unveiled as Harlequin.

Speaking after being unmasked, she said: “I was nervous every time I performed. I couldn’t breathe, I was hot, I was terrified, the stage fright was real every time I sang.”

Former Great British Bake Off host Sue Perkins was also unmasked as The Dragon, with none of the judges correctly guessing her identity.

The 51-year-old admitted she found it easy to keep her stint on the show a secret, explaining: “I suppose that’s a hangover from Bake Off.”

“I’d know the winner months before the show hit the screen, and became very practised at never letting on – even when cornered in petrol stations and supermarkets by eager viewers.” 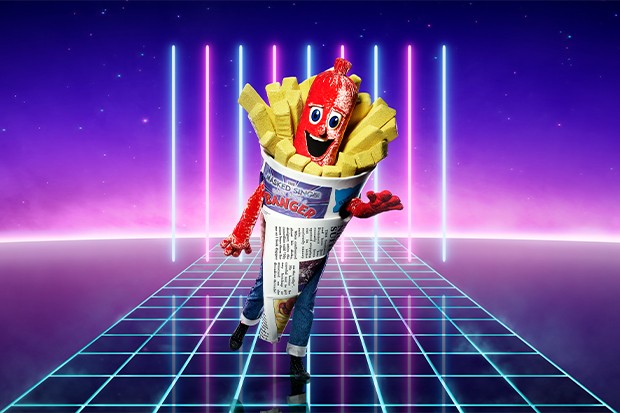 The final contestants are The Sausage, The Robin and The Badger.

Viewers have been taking to Twitter to share their guesses ahead of the finale, with Stacey Solomon, Joss Stone, Stacey Dooley and Sheridan Smith the top guesses for The Sausage.

The mystery singer has made references to Essex on multiple occasions, and has also made reference to a famous Louis Walsh quote, leaving many to believe it is former X Factor star Stacey Solomon.

However during the semi-final’s opening number, Sausage sang the line: “They call me Stacey… that’s not my name,” from That’s Not My Name by The Ting Tings, leaving viewers puzzled.

Sausage previously said: “I don’t need a glam party, I’m very happy with a couple of beers and a bag of potato snacks,” with many thinking the clue is in reference to Sheridan Smith’s sitcom Two Pints of Lager and a Packet of Crisps. 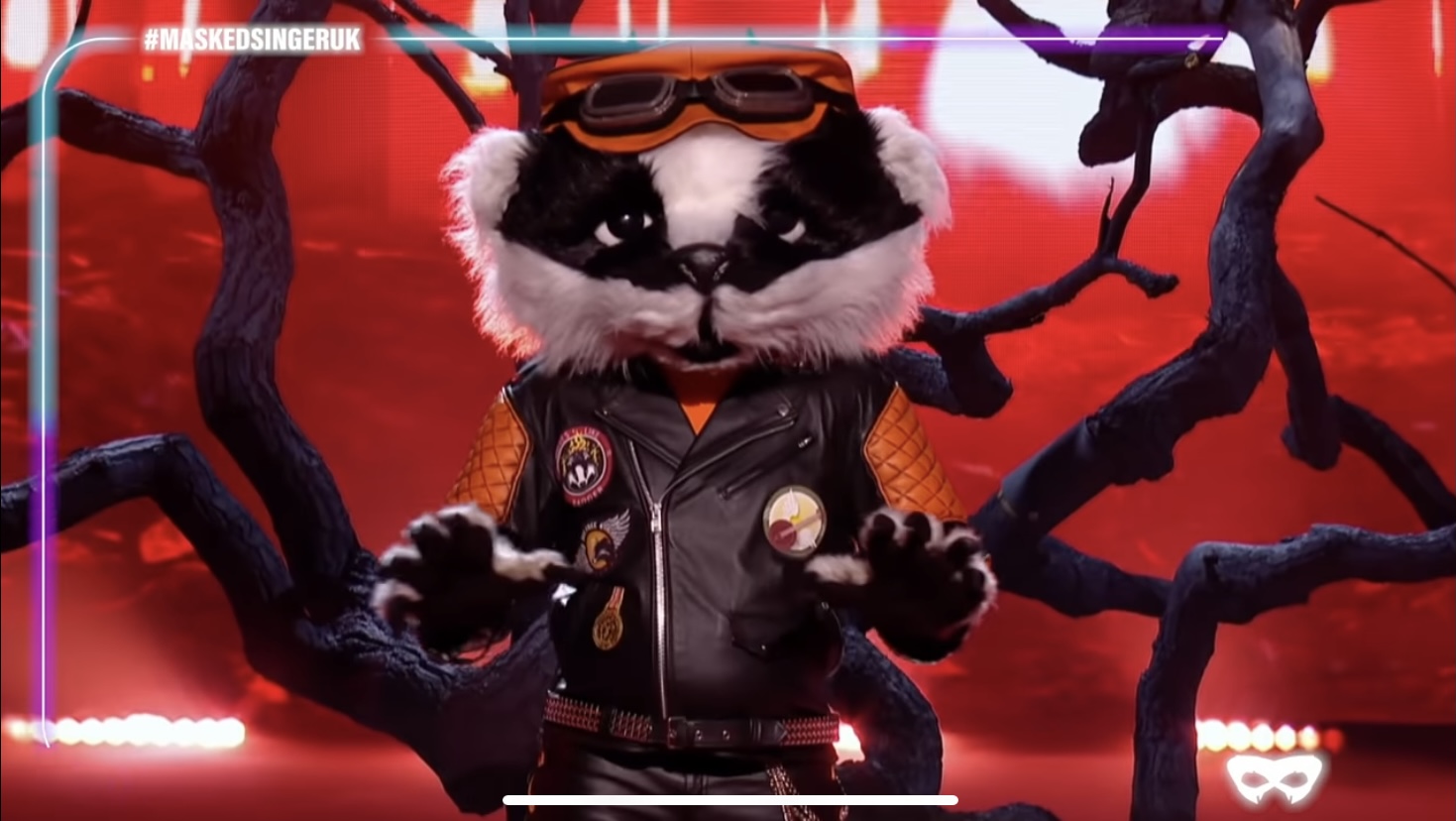 The Badger has revealed they are used to being anonymous, they are not easily recognised on the street, they like motorbikes, and that they are a shy creature.

Viewers have made a range of guesses as to who he would be, with Carl Fogarty, Guy Martin, David Myers or Damon Albarn being mentioned.

Others have guessed that Neyo is behind the costume, citing his familiar vocals.

The Badgers’ two lies and a truth are: “I’m good at dodging furniture”, “When working I’m often found in green”, “Strictly speaking, dancing is something I’m well known for”.

JLS star Aston Merrygold has been hotly tipped as The Robin since the beginning of the show.

The mystery singer has revealed he is “known for being blue”, with many viewers thinking the clue is a reference to the blue clothing he wore while in the band.

Another popular theory is that its Westlife’s Nicky Byrne, after he tweeted a photo of a robin during the week.