The line-up for this week’s Graham Norton Show has been announced, and it’s pretty amazing.

First up, Dwayne Johnson and Kevin Hart will be on the show to chat about their new movie, Jumanji: The Next Level.

Kevin has only recently returned to work, after recovering from a serious car accident.

Doctor Who star Jodie Whittaker will also be on the show, to promote the show’s upcoming New Year’s Day special Spyfall.

Monty Python star Michael Palin will be in studio too to talk about his new book North Korea Journal.

And finally, this week’s musical guests will Harry Styles – ahead of the release of his second solo album, Fine Line.

The Graham Norton Show airs tonight at 10.40pm on BBC One. 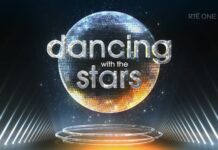