Olympic gymnast Nile Wilson has been confirmed as the fourth celebrity confirmed for the upcoming series of Dancing On Ice.

The 26-year-old shared the news via his YouTube channel, saying: “I’m going to be on ITV’s Dancing on Ice! This is a really cool thing.”

“I’ve certainly not done much ice-skating but I am so excited for the opportunity. I’m so excited to get into that routine and to feel like an athlete again.”

Speaking about what he hopes to bring to the ice, Nile said: “My biggest goal on the show is to do something that no-one has ever done before!”

Nile will join ten other celebrities, who will all embark on the ultimate challenge as they take to the ice each week, skating live in an attempt to impress both the panel and the public. 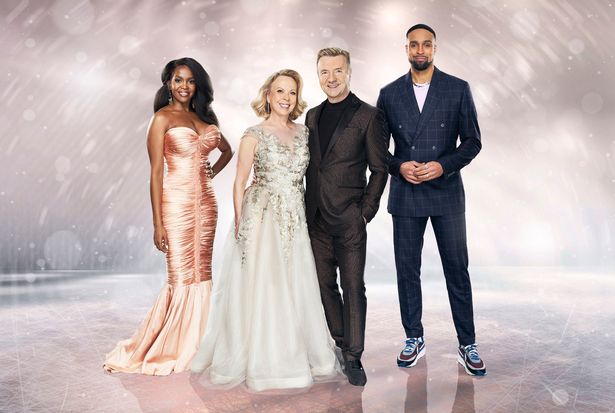 Patsy, who is best known for playing Bianca Jackson in the BBC soap, shared the exciting news during Monday’s episode of This Morning.

She said: “I wanted to challenge myself and get out of my comfort zone. I thought, ‘I’ll just go for it’, and it seems like a lot of fun.”

The former Wimbledon of England striker John said: “I’m so excited to be a part of Dancing on Ice! I don’t think it’ll come as a surprise to people that I’m very competitive – I am definitely in it to win it.”

“And this may be one of the scariest things I’ve ever signed up for but I couldn’t be more ready for the challenge!”

Meanwhile, Ekin-Su said on Wednesday’s GMB: “I’ve got some amazing news to tell you. I will be doing this year’s Dancing On Ice. I am so excited for the team, I can’t wait to get myself on the ice and skate.”

Dancing On Ice returns for a new season in early 2023.