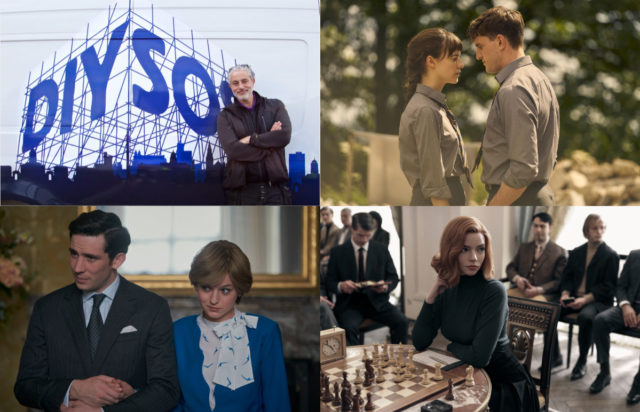 It’s safe to say we watched more TV than ever before in 2020, and thankfully, we had plenty of new shows to watch.

From trashy reality TV, to heart shattering dramas, these shows kept us entertained in the midst of the madness – and definitely made isolation a little bit easier for millions of people around the world.

So with that being said, we’ve rounded up a list of our favourite TV shows that were released in 2020.

First up, we have to talk about the phenomenon that was Normal People.

The Irish drama, adapted from Sally Rooney’s novel, hit our TV screens in May – and it made a serious impact worldwide.

Starring Daisy Edgar-Jones as Marianne and Paul Mescal as Connell, viewers were enthralled by their heartbreaking love story, and the show’s sex scenes sparked some serious debates on RTÉ’s Liveline.

We’re still holding out for a season two, tbh.

Released in October, The Undoing had to be one of the most talked about series of 2020.

The limited series focused on Nicole Kidman’s character Grace Fraser, whose life unravels after she learns that her husband (Hugh Grant) might be a murderer.

The Undoing was the first HBO series to gain viewership every week, and was the biggest U.S. show to launch on Sky in the U.K. since Game of Thrones.

In the midst of a pandemic, DIY SOS was just what we needed to lift our spirits.

The RTE series followed presenter Baz Ashmawy and his team as they set out to renovate the homes of deserving families in just nine days, changing their lives forever.

Baz and his team were helped by hundreds of volunteers, and relied on donations from companies across Ireland – making the programme even more special.

The series was widely praised on social media, and RTÉ has since confirmed that DIY SOS will return in 2021.

The fourth season of The Crown hit headlines worldwide when it premiered on Netflix in November.

Watched by almost 29 million people in its first week, it was the show’s most dramatic instalment yet.

The new episodes followed the British royal family as they entered a new era of political change, with the introduction of Britain’s first female Prime Minister Margaret Thatcher, played by Gillian Anderson.

Whether you’re interested in the Royal family or not, this series (particularly season four) is a must watch.

We couldn’t write this list without including Netflix’s famous Tiger King series.

The show hit the streaming platform in March, and entertained millions of people during quarantine.

The true crime documentary followed the life of zookeeper Joe Exotic, and the small but deeply interconnected society of big cat conservationists in America.

The series focuses heavily on Joe’s hostile relationship with his arch nemesis, Carole Baskin, and he’s currently in prison over claims he plotted to have her murdered.

Streaming on Amazon Prime and Hulu, Little Fires Everywhere received a lot of praise this year.

The series, based on Celeste Ng’s 2017 novel, stars Reese Witherspoon and Kerry Washington as two mothers from very different backgrounds, who upend each other’s lives.

The story explores the weight of secrets, the nature of art and identity, the ferocious pull of motherhood – and the danger in believing that following the rules can avert disaster.

Emily In Paris was a major talking point on social media this year.

Although the series received mixed reviews online, the comedy-drama gained a cult following, and fans swooned over the show’s heartthrob Lucas Bravo.

The first season followed Emily (played by Lily Collins), a driven American woman from Chicago, who leaves her previous life and boyfriend behind to move to Paris for an unexpected job opportunity.

Emily is tasked with bringing an American point of view to a venerable French marketing firm, and cultures clash as she adjusts to the challenges of life in a foreign city, while juggling her career, new friendships and love life. 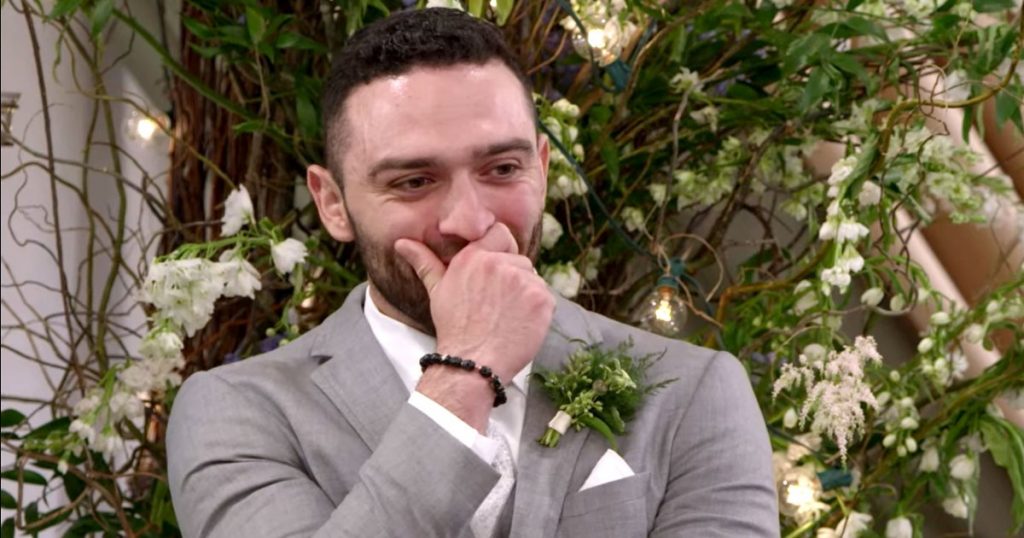 It feels like a lifetime has passed since we were all watching Love Is Blind back in February.

The series followed a group of men and women hoping to find love in a matter of days, without ever seeing their partner.

For ten days in a speed dating format, the men and women dated each other in different “pods” where they could talk to each other, but never see each other.

Then whenever they decided, the men (or women!) were able to propose to their chosen partner.

After the proposal, the engaged couples were allowed see each other for the first time, before being whisked off on a couples retreat to Mexico.

Depending on whether they made it past the retreat, the couples then moved to the same apartment complex in Atlanta to explore living together for the first time.

Another popular series that kept us entertained during lockdown was Hollywood on Netflix.

Created by Ryan Murphy and Ian Brennan, the show starred a host of famous faces – including Darren Criss, Jeremy Pope and Jim Parsons.

The series followed a group of aspiring actors and filmmakers during the Hollywood Golden Age in the post-World War II era, as they tried to make their dreams come true.

Again, it feels like a lifetime since we were all glued to The Stranger on Netflix back in January.

Based on the novel by Harlan Coben, The Stranger forced us to confront a question we all fear – how well do we really know the people closest to us?

The Queen’s Gambit had everyone talking when it dropped on Netflix in October.

The coming-of-age period drama, starring Anya Taylor-Joy, is based on Walter Tevis’s 1983 novel of the same name.

Beginning in the mid-1950s, the story follows the life of an orphaned chess prodigy on her rise to the top of the chess world while struggling with emotional problems, drug problems, and alcohol dependency.

While a story about chess doesn’t sound very interesting, we promise you this series is well worth a watch…

I’m A Celebrity… Get Me Out Of Here!

Another show that kept up entertained towards the end of 2020 was I’m A Celebrity… Get Me Out Of Here!

Due to the coronavirus pandemic, ITV moved the popular series to a new location in Wales, and fans loved the show’s unexpected shake-up, and the return of Ant and Dec.

12 celebrities, including Shane Richie and Vernon Kay, took part in the series – which was eventually won by Giovanna Fletcher.

I May Destroy You

Another series that received critical acclaim this year was I May Destroy You, which aired on BBC One and HBO.

The series was created, written, co-directed, and executive produced by Michaela Coel, who also plays the main character.

Set in London, Michaela plays Arabella, a young woman who seeks to rebuild her life after being raped.

The provocative drama explored the question of sexual consent in contemporary life, and was widely praised by critics.

Much like the summer series, a group of men and women were put in a house in South Africa in the hopes of finding love, and as always, there was plenty of drama.

Hosted by Laura Whitmore, the series was won by Paige Turley and Finley Tapp, who scooped a £50,000 cash prize during the show’s live final.

Sadly, this year’s Love Island is remembered with mixed emotions, as the show’s former host Caroline Flack took her own life just days before the finale.

ITV dedicated the show’s final episode to Caroline, and shared a moving tribute to her at the start of the show.

Schitt’s Creek fans were devastated when they found out the series was coming to an end in 2020.

Thankfully, the show’s cast and creators did the series justice as the final episodes delivered a heartwarming conclusion – and won a whopping nine Emmy Awards.

All six seasons of Schitt’s Creek are currently available to stream on Netflix, and if you haven’t given it a watch yet, we highly recommend that you do…

Another trashy reality show that saved us during quarantine was Netflix’s new dating series, Too Hot To Handle.

The series, which starred Irish gal Nicole O’Brien, followed a group of sexy singles as they lived together in a luxury beachside villa.

However in a surprising twist, the contestants were banned from getting too physical with one another, and yes, that included even kissing another person.

Every time a couple broke the rules, the $100,000 prize money went down, which caused some serious drama in the villa.

Bridgerton was only released a few days ago, but we had to include it in this list as its receiving rave reviews online.

The Netflix period drama is based on Julia Quinn’s bestselling novels, set in the competitive world of Regency London when debutantes are presented at court.

The series follows eight close-knit siblings of the Bridgerton family, as they look for love and happiness in London high society.

Described as Gossip Girl meets Downton Abbey, this is definitely a must-watch.