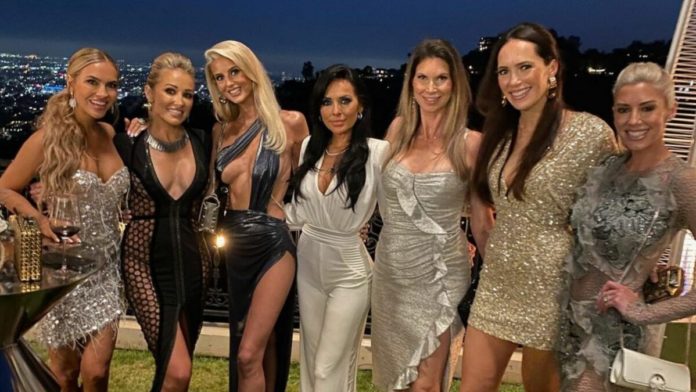 The wait is finally over!

Season 4 of Selling Sunset is joining Netflix this week, and we are so excited for all the drama.

As well as new episodes of the popular reality show, this week’s Netflix line-up includes a limited series starring Kevin Hart, documentaries on popular singers P!nk and Katy Perry and some festive films.

Take a look at our top picks coming to the streaming giant in the coming days:

Nick, Joe and Kevin Jonas will star in Netflix’s first ever family roast.

Selling Sunset follows the personal and professional lives of the glamourous realtors working at luxury real-estate brokerage The Oppenheim Group in Los Angeles.

Two newcomers will also be joining the cast – Emma Hernan and Vanessa Villela.

Brand new episodes of the show are coming to Netflix on Wednesday, November 24.

How far will you go to protect your own? Kevin Hart and Wesley Snipes star in True Story, the gripping journey of two brothers entangled in a world of celebrity, crime, and lies.

A Castle For Christmas

Famed author Sophie Brown (played by Brooke Shields) travels to Scotland hoping to buy a small castle of her own, but the prickly owner Myles, the Duke of Dunbar (played by Cary Elwes), is reluctant to sell to a foreigner.

Working to find a compromise, the pair constantly butt heads, but they just may find something more than they were expecting.

A Castle For Christmas joins Netflix on Friday, November 26.

Saoirse Ronan, Emma Watson, Florence Pugh and Eliza Scanlen star as the March sisters in this 2019 flick based on the best-selling book.

As the young girls enter the threshold of womanhood, they go through many ups and downs in life and endeavour to make important decisions that can affect their future.

With her combination of sophisticated acrobatics and seductive dancing, pop star Pink brings her career to a new level in this documentary, which includes interviews with Adele, Beyoncé, Britney Spears and Christina Aguilera.

This 2014 film goes beneath the candy coating of the Perry phenomenon.

Katy Perry: Getting Intimate features unseen backstage footage and compelling interviews from the pop star herself as well as John Mayer and Russell Brand.

It joins Netflix on Friday, November 26.