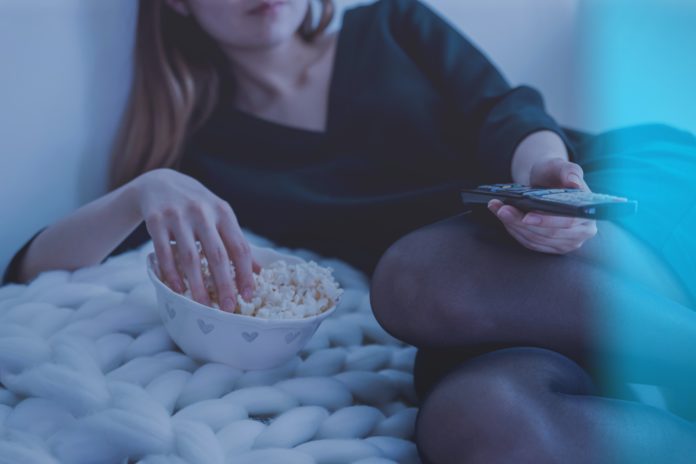 There’s some binge-worthy new TV shows and films coming to NOW in October.

Along with some new seasons of some of our favourite show, there are also some spooky films landing on the streaming service just in time for Halloween.

Take a look at our top picks of what’s joining NOW Entertainment and NOW Cinema next month:

Succession follows the trials and tribulations of the Roy family, the dysfunctional owners of a global media and hospitality empire, who are fighting for control of the company amid uncertainty about the health of the family’s patriarch – Logan Roy (played by Brian Cox).

Brassic is a comedy series that follows a group of broke friends who commit petty crimes.

In the third season, Vinnie is just out of jail and trying to stay on the straight and narrow.

Viewers may also finally learn what Erin whispered to Vinnie at the end of season two’s cliffhanger final episode.

The series, starring Michelle Keegan, is available to stream on NOW Entertainment from October 8.

The Conjuring: The Devil Made Me Do It
If you’re looking to get spooked out before Halloween then this is a must watch!

Paranormal investigators Ed and Lorraine Warren attempt to prove a young man accused of murder innocent. The suspect claims he was possessed by a demon on the day of the crime.

Patrick Wilson and Vera Farmiga return as the Warren couple, based off the real paranormal investigators of the same name.

The Conjuring: The Devil Made Me Do It will be added to NOW Cinema on October 29.

Temple returns with it’s second season this October. The drama series follows a surgeon who sets up an underground clinic to find a cure for his sick wife.

To fund the project, the surgeon must treat desperate patients and criminals who can not attend regular medical facilities.

The new season, starring Mark Strong and Carice van Houten, will be available on NOW Entertainment from October 28.

Scenes from a Marriage

A brand new series coming to NOW Entertainment is Scenes from a Marriage.

Based off a Swedish miniseries, the drama – starring Oscar Isaac and Jessica Chastain  -follows a marriage that’s falling apart.

Watch it on NOW Entertainment next month.

Judas and the Black Messiah

This Oscar winning film, starring Daniel Kaluuya, tells the story of the betrayal of Fred Hampton, chairman of the Illinois chapter of the Black Panther Party in late-1960s Chicago, at the hands of FBI informant William O’Neal.

Stream it on NOW Cinema from October 1.

Obama: In Pursuit of a More Perfect Union

Directed by Emmy-winner Peter Kunhardt, this three-part documentary series begins in former US President Barack Obama’s childhood and uses conversations with colleagues, friends, critics, and his own words to chronicle the personal and political journey as the country grapples with its racial history.

Watch it on NOW Entertainment from October 1.

Join Dr Shaun Murphy (played by Freddie Highmore), for fifth season of the much-loved medical drama about an extraordinary surgeon who has autism.