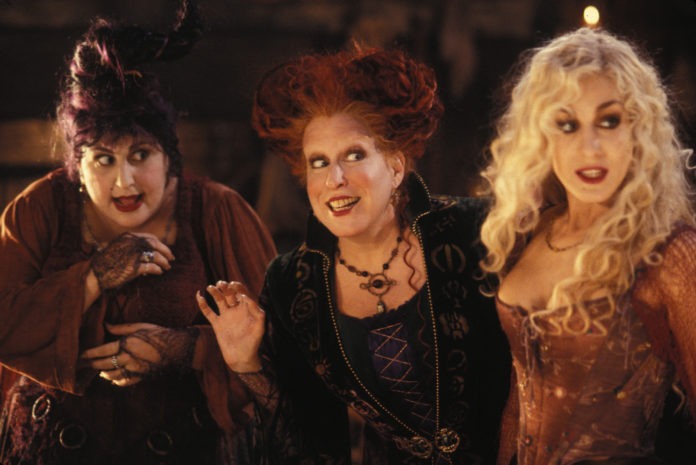 Disney+ has a huge selection of Halloween themed movies to get you in the mood for the spooky season.

If horror movies aren’t your thing, why not cosy up and watch one of these popular family friendly films?

Take a look at our top picks of Halloween flicks on the streaming giant:

Bette Midler, Sarah-Jessica Parker and Kathy Najimy star as a trio of witch sisters who have been cursed since 1693 in Salem in cult-classic Hocus Pocus.

This film is a must-watch in the lead up to October 31!

The Nightmare Before Christmas

Tim Burton is the king of Halloween, so his The Nightmare Before Christmas is a must watch in the coming weeks.

When Jack Skellington visits Christmas Town from his home in Halloween Town, he falls in love with the magic.

Things take a turn when he becomes so obsessed that he decides to abduct Santa Claus!

Another popular Tim Burton film on Disney+ is Frankenweenie.

When Victor’s beloved dog dies, he resurrects him. However, Frankie comes back looking like a monster and scares the town.

This is the perfect movie to watch with your family as they prepare for the trick-or-treaters!

When the Piper children are visited by their grandmother they notice something strange – she’s using magic.

After their discovery, the children follow their grandmother back to Halloweentown, but things take a dark twist when evil forces get involved.

The entire Halloween Town franchise is available on Disney+ now.

Twin sisters who were separated at birth reunite on their 21st birthday. They soon learn that not only are they twins, but they’re both witches.

The twitches must hurry to save their mother from a dark and evil spirit before it’s too late.

Starring Tia and Tamera Mowry, Twitches and Twitches 2 are both available to stream on Disney+.

The film is about a real estate agent who calls on the help of his wife and two children to turn a creepy old mansion around.

But it turns out the house is haunted by evil spirits.