The best celebrity cameos in Friends 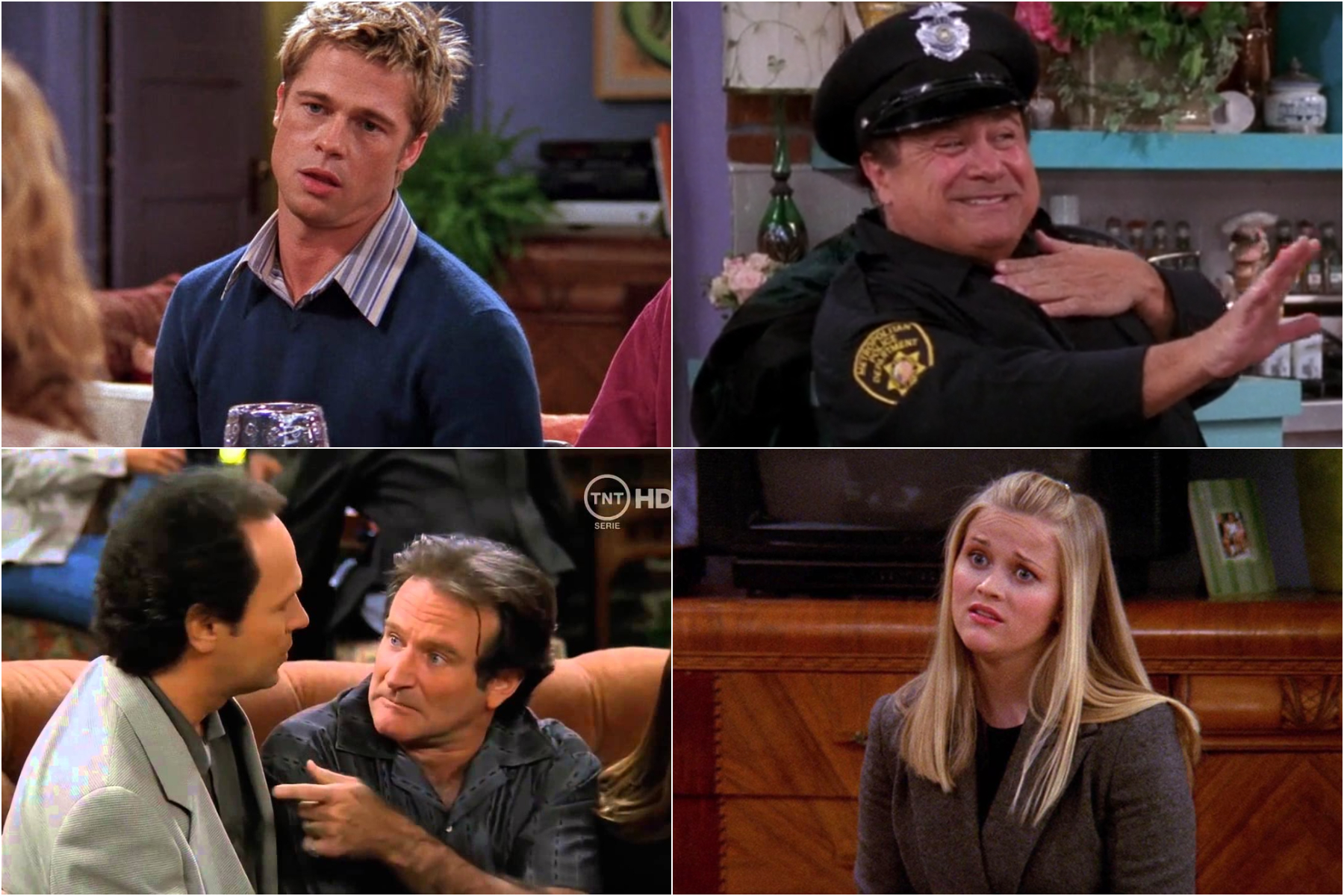 In honour of the upcoming iconic Friends reunion, we’ve take a look back at some of our favourite celebrity cameos in the hit sitcom.

The show ran from 1994 until 2004, and saw a host of famous faces just the cast for special appearances.

From Brad Pitt to the late Robin Williams, take a look at the best star-studded moments in the show:

The actress made her first appearance in the episode ‘The One with Rachel’s Sister’, and later starred in season six’s ‘The One Where Chandler Can’t Cry’.

Brad Pitt appeared in the infamous 2001 Thanksgiving episode of Friends, called ‘The One with the Rumour’.

Brad was married to Jennifer at the time they filmed the episode, starring as Ross’ friend Will.

In the episode, Will revealed he and Ross formed an “I Hate Rachel” club when they were in school.

Danny Devito appeared on the sitcom in season 10 in the episode ‘The One Where The Stripper Cries’.

He played the role of Officer Good-body, a stripper that was hired last minute for Phoebe’s bachelorette party.

The girls take pity on the stripper, who borrowed his nephew’s Halloween costume for the occasion, and allowed him to do his “sexy” dance for them.

Robin Williams made a short but memorable appearance in season 3 in an episode called ‘The One With The Ultimate Fighting Champion’.

In the scene, Monica tries to tell her friends about Pete’s UFC dreams, the group get distracted by the drama going on between two men on the couch (Robin and Billy Crystal).

The two men engaged in a “private” conversation, but the group can’t help but overhear when one man suspects his wife of cheating.

Julia Roberts appeared in season two of Friends in the episode ‘The One After the Superbowl: Part 2’.

She plays Susie Moss in the sitcom, a girl that Chandler knew in the 4th grade.

Susie holds a grudge against Chandler, after he pulled up her skirt when they were kids, and plans her revenge.

Ben played Tommy in the episode ‘The One With The Screamer’.

Tommy goes on a date with Rachel, a seemingly perfectly normal guy.

However, Ross notices he has a darker, more aggressive side – as he witnesses him screaming at strangers.

Christina Applegate played Amy Greene, sister of Rachel Greene in ‘The One With Rachel’s Other Sister’ and ‘The One Where Rachel’s Sister Babysits’.

The actress ended up winning an Emmy for Outstanding Guest Actress in a Comedy Series for her role on the show.

Brooke Shields played Joey’s stalker, Erika Ford, in the episode ‘The One After The Superbowl, Part 1’.

In the episode, Erika is convinced Joey is his Days In Our Lives character Dr. Drake Ramoray, and Joey plays along.

Winona Ryder played Melissa Warburton in season seven of the sitcom in the episode ‘The One With Rachel’s Big Kiss’.

Melissa was one of Rachel’s sorority sisters in college, and Rachel tells her friends that they kissed during a wild night out.

Melissa denies the kiss ever happened, before confessing that she has a huge crush on Rachel.