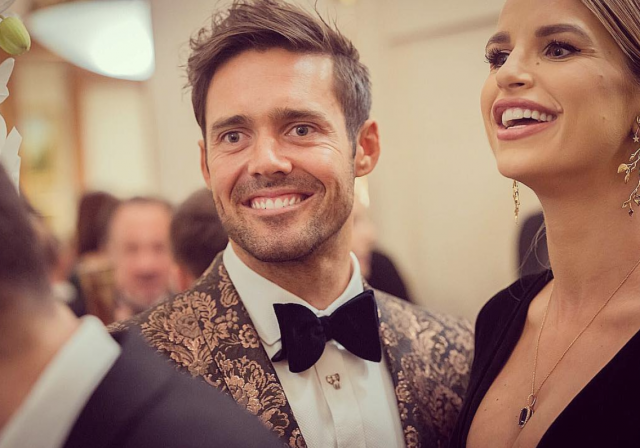 Spencer Matthews has revealed whether he’d ever return for a Made In Chelsea reunion.

The E4 series will be ten years old next year, and rumours are rife that they’ll mark the occasion with a special reunion episode.

When asked if he’d agree to some sort of reunion, Spencer told MailOnline: “I’d maybe do it if it was all the old cast – and just for a one-off. And there was a big cheque involved!”

“Otherwise I wouldn’t see the point. It would just be doing it for the sake of it.”

Spencer argued that people probably wouldn’t recognise him on the show, as he’s changed so much since he was on it.

The reality star is now married to Irish TV presenter Vogue Williams, who he shares a son with, and he’s also now sober.

He said: “I had a good time on that show. Maybe I dragged it out a little bit. But I appreciated what it did for my TV career. But if I returned to it, I’d probably confuse people.”

“My nature has changed so much. My character would be so different, it almost wouldn’t make sense. And I wouldn’t be ending up in a bar, upside down.”

When asked if he’s still in touch with any of his old cast mates, Spencer said: “I speak to Jamie [Laing] still. And Hugo [Taylor] and Millie [Mackintosh]. But really that’s it.”

“So yeah, there wouldn’t be much point to me returning, unless it was with those guys or unless there was a big cheque involved!”