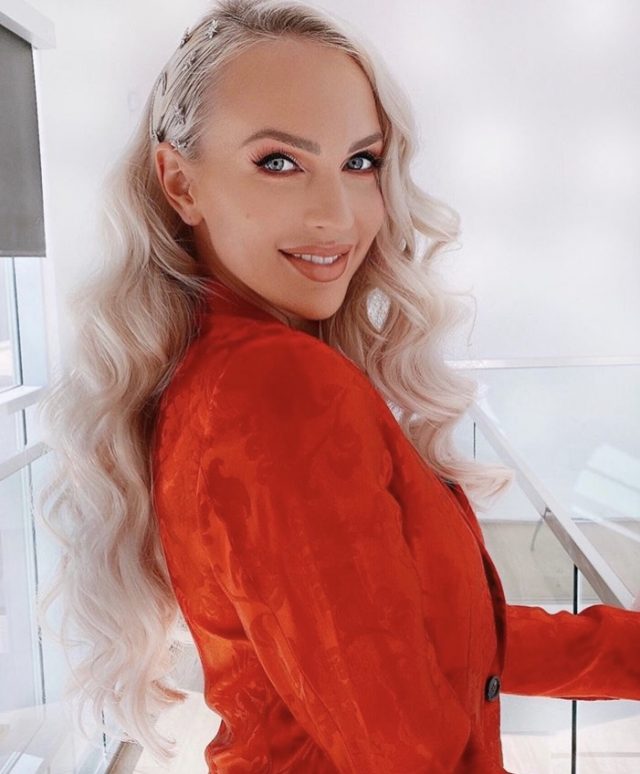 Christine Quinn has slammed her Selling Sunset co-stars, ahead of the show’s upcoming third season.

Speaking with Grazia about her wedding day – which will be the focal point of season three – the glamorous real estate agent was asked if she would have invited the other girls if it wasn’t being filmed.

“God no,” she responded honestly.

When asked to name who she wouldn’t have invited, the reality star answered: “All of them”.

Christine married her husband Christian Richard in a dream winter wedding last December, and described how “over the top” it was.

“I arrived in a gothic horse carriage. I also had this fabulous wall when you walked in, and it completely blended into the environment and there were slots with hands that came out with glitter gloves and champagne and champagne glasses,” she said.

“It was winter so we had ice couches and ice chairs made of literal ice, gargoyle ice luges, and fur throws everywhere. It was really really spectacular.”

“Also the room started all white, and we got married and then everyone moved outside and we had cocktail hour outside for about an hour and then we had 80 people transforming the room to complete and total black,” she explained.

“When they came out they were in a totally different environment with wicked trees and there was huge LED projector showing a storm and it was actually snowing. We had white swans at the altar and after we got married, we switched them out to black swans.”

“It was just over the top,” she admitted.

During a previous interview with Goss.ie, Christine admitted she was struck down with COVID-19 on her big day.

“I was really, really sick on my wedding day,” she explained while appearing on our chat show Goss Chats. “I actually had, which I now know, was corona.”

Check out her full interview below: