Stars of the hit Netflix series Selling Sunset have dropped a major clue that a fourth season could be on the cards.

Fans of the glamorous real-estate show rushed to the comment section, as they suspected that the “good news” could be another season.

Heather also shared a snap from the day, captioned: “Celebrating ???? so much good news!! Exciting things in the near future! #sellingsunset”.

The news comes after the success of the highly anticipated third season, which dropped on Netflix earlier this month.

Girls just want to have fun in the sun… we may or may not have made bad decisions on “Bad decisions???? ???????? – Celebrating ???? so much good news!! Exciting things in the near future! #sellingsunset

While co-star Maya Vander is currently in Miami after the recent birth of her second child, the shows’ other stars Christine Quinn and Davina Potratz were notably absent from the celebrations.

Chrishell recently addressed “below the belt comments” made by Christine and Davina, as her shocking divorce from Justin Hartley unfolded in the latest season – with her co-stars questioning what really happened during the former couple’s split.

After hearing about the divorce, Christine shared her thoughts after Chrishell stated she was “blindsided” – “I don’t think anyone has like zero idea.”

Davina added: “It’s really tricky to understand if she was blindsided or not.”

In an Instagram Q&A last week, Chrishell was asked whether she wanted to cut ties with her co-stars after hearing what they said.

“When people hit below the belt it makes it really hard to recover from,” the 39-year-old responded.

“You don’t need to like each other to be able to work together successfully. We haven’t mastered this yet – we are a work in progress,” she added. 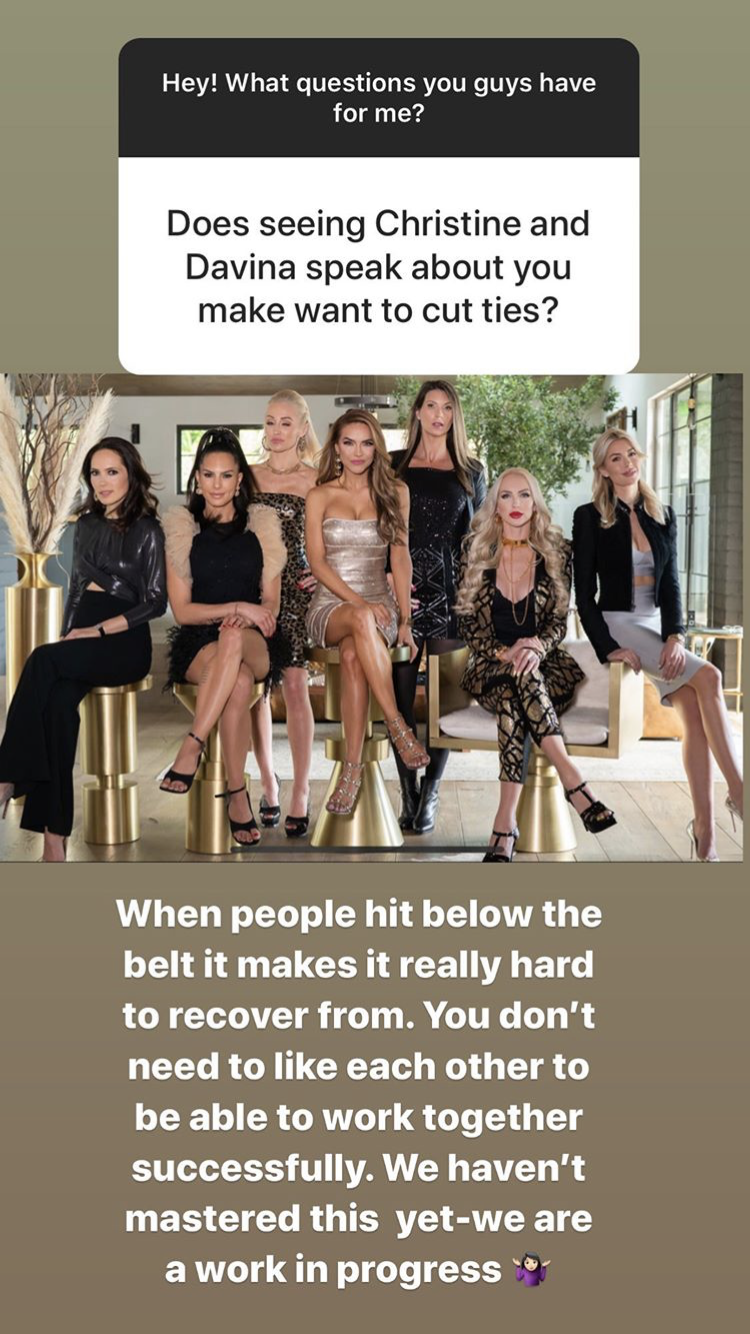 Mary Fitzgerald appeared to show her support for Chrishell in the dramatic fall-out, by posting a photo together from the boat party.

“Love and show kindness to others, and the universe will reward you in return. ????????,” she captioned the post, adding the hashtag #karma.

Love and show kindness to others, and the universe will reward you in return. ???????? #positivevibes #bekind #showlove #karma #goodvibes #goodfriends #spreadlove