Sarah Jessica Parker has addressed Kim Cattrall’s absence from the Sex and the City reboot.

On Sunday, the actress confirmed that the beloved series would be returning with ten brand new episodes, sharing a teaser trailer to Instagram.

The upcoming series, entitled ‘And Just Like That’, will see Sarah reprise her role as Carrie Bradshaw, with Kristin Davis and Cynthia Nixon also returning as Charlotte York and Miranda Hobbes respectively.

While fans shared their delight at the news, many expressed their disappointment that Kim, who played Samantha Banks, would not be appearing in the reboot.

One fan commented on Sarah’s post: “Happy to see you back but will miss Kim/Samantha”, to which the 55-year-old responded: “We will too. We loved her so. X”.

Another fan claimed that Sarah and Kim “disliked each other” hence her absence, with Sarah replying: “No. I don’t dislike her. I’ve never said that.

“Samantha isn’t part of this story. But she will always be part of us. No matter where we are or what we do. X”. 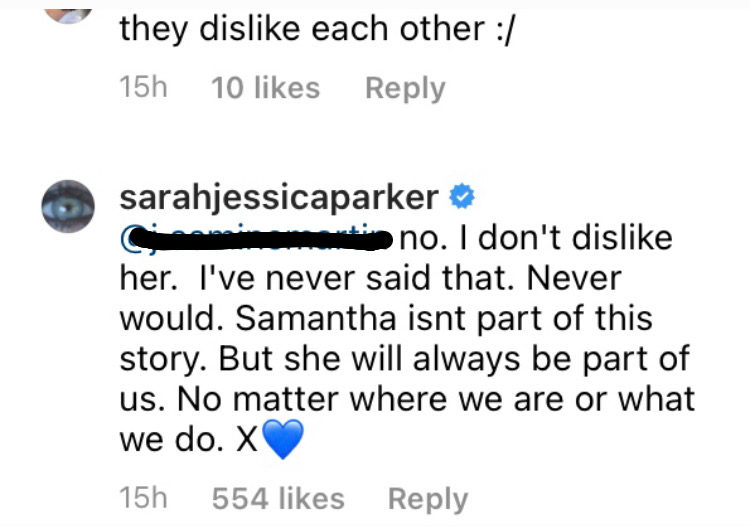 Kim has had a long-running feud with Sarah Jessica Parker – which has been well-documented in the press.