The Rubberbandits’ Guide to Everything airs tonight – and you do NOT want to miss it.

The four-part half-hour comedy series is presented by comedians, part-time pop stars, and viral sensations The Rubberbandits – as they take on some of the most controversial subjects in modern society.

In each episode they take one subject (Sex, Money, the Internet and Reality) and bring us their own unique take on it – basically a documentary style programme, that will actually make you laugh.

Like last year’s Guide to 1916, the shows are 100 per cent factual, but without “the boring bits like talking heads, graphs, or archive video of Bertie Ahern”.

The Rubberbandits will be tackling everything and anything, whether that means “a man in a mermaid costume attempting to fertilise eggs in an aquarium, building a nightclub in a field, or turning Ireland’s literary greats into social media stars”. 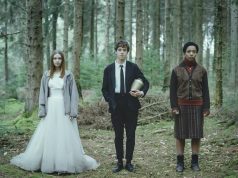