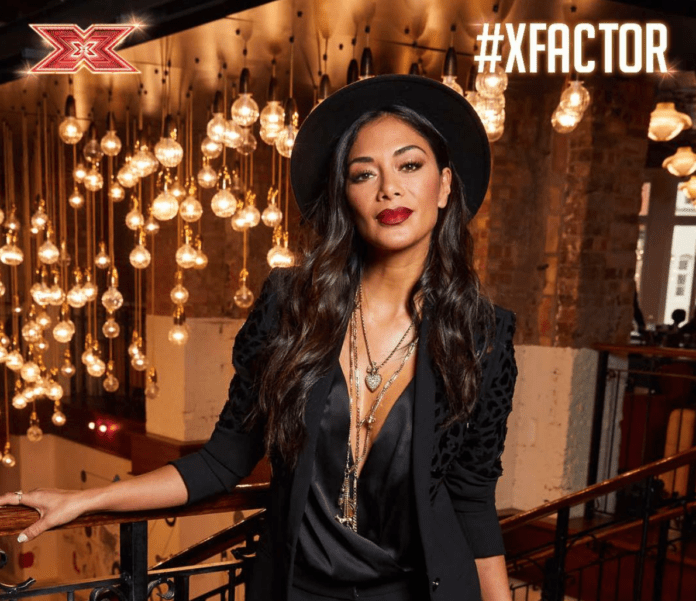 Nicole Scherzinger has reportedly been axed from The X Factor judging panel, and Louis Walsh and Sharon Osbourne could be next.

The Sun has reported that Simon Cowell is making huge changes to the ITV talent show as it enters its 15th year, which spells bad news for Nicole – and possibly Louis and Sharon too.

Long-time judges Louis and Sharon both have contracts to return this year, however, sources say show bosses are looking at terminating these to get some fresh faces on the X Factor panel.

An X Factor insider said, “Louis and Sharon are both contracted to return this year, but Simon and the producers have lost faith. They were both terrible on the panel last year.”

“Louis has had a great run, but he’s advertising hearing aids for God’s sake. It’s beyond a joke. And Sharon couldn’t even remember some of her own contestants’ names.

“Nicole was a passionate judge but has no contract and won’t be back this year in order to bring in fresh blood,” they added.

Insiders have also said that pop singer Craig David and One Direction star Louis Tomlinson are in talks to become the new male judge.

Sources say Louis Walsh’s decision to take part in a Specsavers drive highlighting his hearing loss has made show bosses question his position on the panel.

“Louis and Simon remain great friends and it’s not a simple decision to let him go. But serious eyebrows were raised when Louis went public with his hearing loss in a Specsavers campaign about hearing aids,” a source said.

“It obviously raises the question about whether he’s a suitable judge for a show that aims to find young pop stars.”

As for Sharon, bosses are questioning whether she’ll be able to take on the commitment this year, as last series she was left exhausted by weekly transatlantic flights between London and LA, where she is a panellist on The Talk.

“Sharon’s X Factor royalty. But there are big question marks on whether she has the commitment req­uired, especially when it comes to working with her contestants,” the source said.

Meanwhile, a show source has also confirmed to The Sun, “There are no plans for Nicole to return to The X Factor this year.”

“Other announcements about the ­judging line-up will be made in due course. It is possible either Sharon or Louis could still return because both have contracts.”