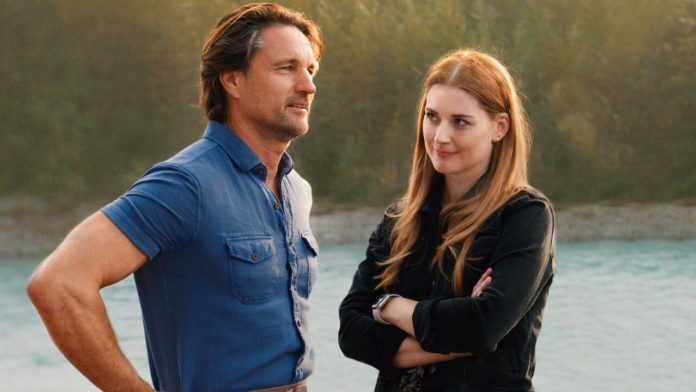 Netflix have renewed Virgin River for a fourth and fifth season.

The popular show, starring Alexandra Breckenridge and Martin Henderson, follows the life of a nurse practitioner who relocated from Los Angeles to a remote Northern California town seeking a fresh start.

The third season of the romantic drama series joined Netflix in July, and ended with a devastating cliffhanger.

Following the success of the first three seasons, the streaming giant have confirmed the series has been renewed for two more seasons.

The news via an Instagram video shared on Monday, which saw Martin get down on one knee and ask Alexandra: “Do you want to a season four?”

Alexandra replied: “Yes, I do! I’ve been meaning to ask you, do you want to do a season five?”

A second wrote: “IM LITERALLY SCREAMING”, while a third penned: “well this is just the best news for a monday!! thank you for making the best show a comfort for everyone 🥰”

Speaking about the show, Netflix’s Vice President Jinny Howe told USA Today: “[With] everything that’s been going on in the world, people more and more [are] looking for, not just that comfort, but also that feeling of hope and that feeling of community.”

“All of that really came together in a way that was really organic, and I think this was more of a proof point that this is a really vital area of programming for us.”

All three seasons of Virgin River are available to watch on Netflix now.