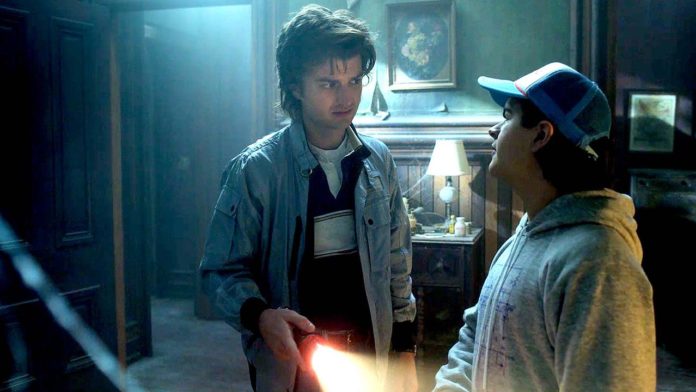 The two young children are then seen lying dead on the floor, with their father standing over them.

The teaser gives a glimpse into how the show’s newest character Victor Creel (played by Robert Englund), who is described as “a disturbed and intimidating man who is imprisoned in a psychiatric hospital for a gruesome murder in the 1950s,” will play into the upcoming episodes.

The clip then flash-forwards to the Stranger Things’ present in the ‘80s, in which Dustin, Steve, Lucas, and Max Mayfield (played by Sadie Sink) search the house for items unknown.

The new season, which will have nine episodes, is set for release in 2022.