Netflix has confirmed that The Crown will run for six seasons.

The streaming service previously announced back in January that the show would end after its fifth series.

However, it was revealed on their official Twitter account that the show decided to “return to the original plan.”

“News from the palace: we can confirm there will be a sixth (and final) season of @TheCrownNetflix, in addition to the previously announced five!” the tweet read.

“Writer/creator Peter Morgan: “As we started to discuss the storylines for Series 5, it soon became clear that in order to do justice to the richness and complexity of the story we should go back to the original plan and do six seasons.” ”

Netflix then clarified that viewers will still have one more series featuring the current cast, including Olivia Colman and Helen Bonham Carter.

“So to summarise – we’ll have one more season with Queen Olivia Colman, before she passes the crown to Imelda Staunton. We’re just halfway through! Lovely,” it stated.

Fans of the popular drama series were quick to express their excitement on the social media platform.

“Yesss we are getting a season 6 of the #thecrown so excited love this program,” one viewer wrote.

“So excited for more of #thecrown seriously the best news!!” another penned.

“Just finished the brilliant season 3. Can’t wait for season 4. Great to hear you’ve gone back to original number of seasons,” a fan added.

🙌So excited for more of #thecrown seriously the best news!! https://t.co/0PaPtBU0dc

Just finished the brilliant season 3. Can’t wait for season 4. Great to hear you’ve gone back to original number of seasons.

The news comes after it was recently revealed that Lesley Manville will play Princess Margaret in the fifth season.

Imelda Staunton is set to portray the Queen in The Crown’s final two series. 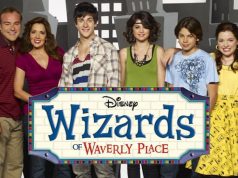 WATCH: Cast of Wizards of Waverly Place hint at a reunion 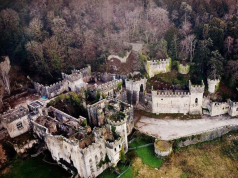 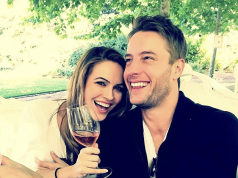