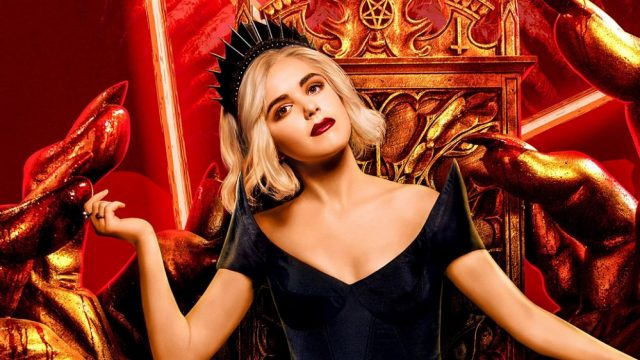 The Chilling Adventures of Sabrina has been axed by Netflix, with the final eight episodes due to air later this year.

Speaking of the cancellation, showrunner Roberto Aguirre-Sacasa said working on the show was an “honour”.

“Working on Chilling Adventures of Sabrina has been an incredible honour from day one,” he stated.

It all comes down to one last Chilling Adventure. Our final chapter is coming later this year. Coven forever. 🖤

A post shared by Chilling Adventures of Sabrina (@sabrinanetflix) on Jul 8, 2020 at 5:52pm PDT

“The cast, beginning with Kiernan as everyone’s favorite teen witch, has been an absolute joy. I am beyond thankful to the crew, writers, editors, assistants, and everyone for pouring so much love into this dark dream of a show.”

“I’m also grateful to our partners at Netflix, Warner Bros., Berlanti Television and Archie Comics for letting us tell the story we wanted to tell, the way we wanted to tell it. We can’t wait for everyone to see part four,” he concluded.

Netflix cancelled the series before part two of season two had gotten an air date, with the show’s episodes split into four season-sized chunks.

The show was originally in development as a companion to hit series Riverdale, before Netflix picked it up in December 2017 and handed it a straight-to-series order.

Based on the Archie comic book series of the same name, Chilling Adventures premiered in October 2018, with the latest episodes – part three – debuting in January.