Meryl Streep joins Only Murders in the Building season three 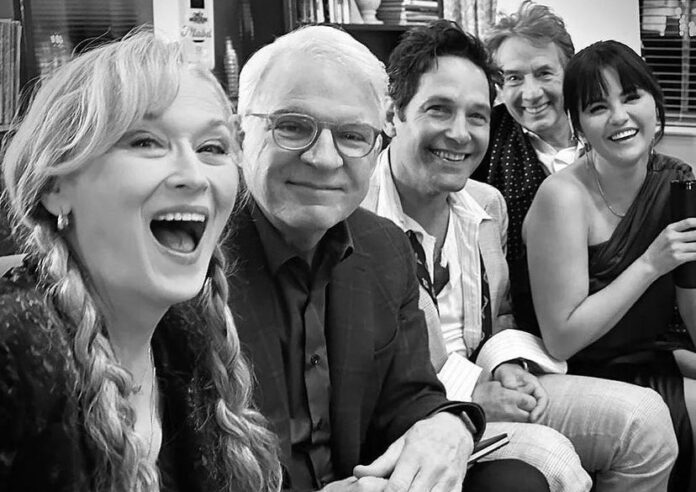 Meryl Streep has joined the cast of Only Murders in the Building for season three.

The popular show stars Selena Gomez, Steve Martin and Martin Short as three true crime fans who find themselves wrapped up in a murder mystery when a death occurs inside their exclusive New York apartment complex.

Selena took to Instagram on Tuesday to announce that Meryl will be appearing in the show’s highly anticipated third season.

In a video with her co-stars, the singer said: “Hey guys, we’re on set. What are we shooting? Season three. The gang is back together, could this honestly get any better?”

New cast member Paul Rudd said: “Well, I do think it could get a little bit better.”

The camera then pans to Meryl, who offers the cast members various things – including pillows and tea.

Selena also shared a black-and-white photo of the cast with Meryl, and wrote: “Very, very grateful lady! @onlymurdershulu @hulu @johnnyhoffman5 thank you for making this wanna be an unbelievably, absurdly happy human 💤🌥️”