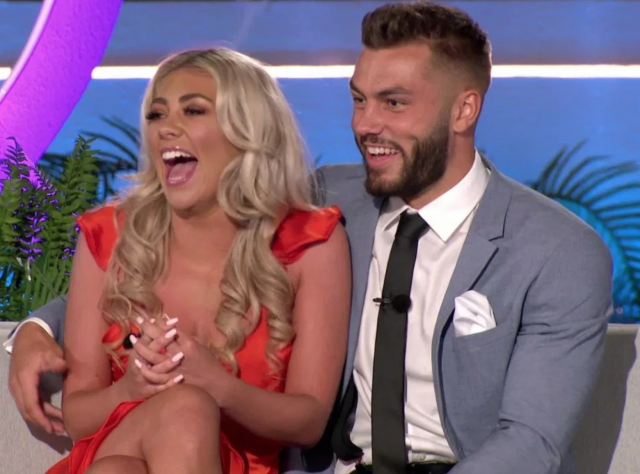 Paige Turley and Finley Tapp have returned to social media for the first time since they started their Love Island journey.

The couple, who were crowned the winners of Love Island on Sunday, were in “lockdown” in South Africa for a day, before they got to fly home this afternoon.

Taking to Instagram, Finn shared a selfie of him and Paige in the airport.

He wrote: “About to fly home with @turley_paige and the rest of the guys ✈️, looking forward to getting back to England ❤️.” 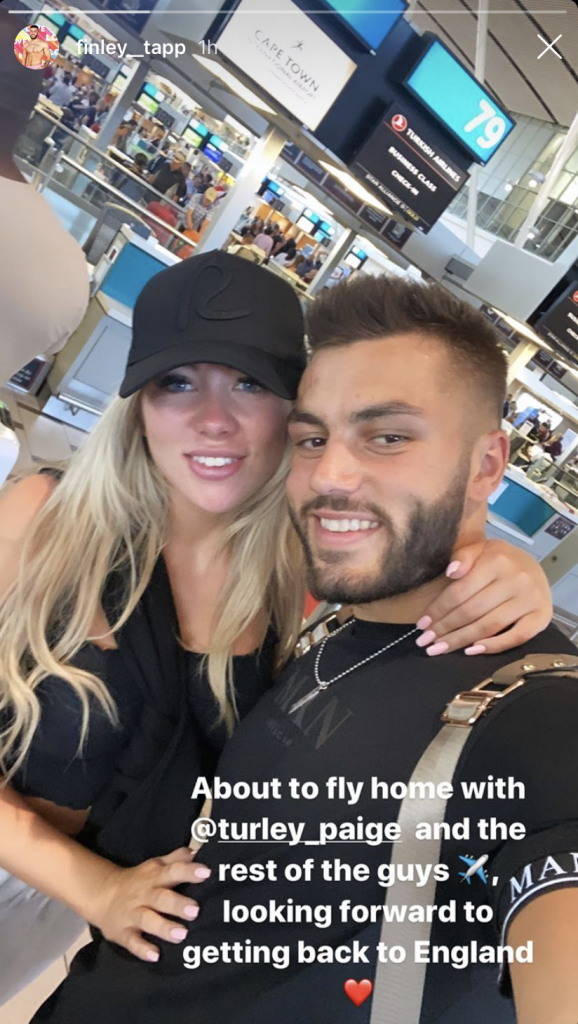 Paige reposted Finn’s selfie, and wrote: “Thank you so much for the support, until next time South Africa ❤️.”

The couple were crowned the winners of Love Island during Sunday night’s live final, which was hosted by Laura Whitmore.

Siannise Fudge and Luke Trotman were the runners up, coming in second place.

After being crowned the winners, Paige and Finn were both given golden envelopes, with a £50k cash prize in one of them.

Paige ended up opening the lucky envelope, but decided to split the money with Finn – meaning they’re both taking home £25k each.

Finn told presenter Laura Whitmore that the couple will be spending their winnings on a deposit for an apartment when they move in together.