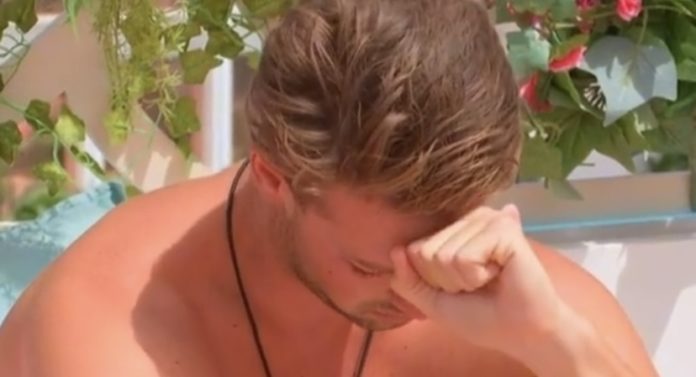 The teaser for tonight’s Love Island has revealed the cause of Andrew’s tears.

In the preview shown at the end of Tuesday night’s episode, the real estate agent broke down in tears.

Some fans speculated that the 27-year-old got upset after seeing a postcard from Casa Amor, showing his partner Tasha kissing new boy Billy.

However, the teaser for tonight’s show reveals the REAL reason Andrew becomes emotional.

The estate agent confides in Jacques on the terrace about his feelings for Tasha, and explains that he feels like he has been lied to.

“I literally opened up to her,” he tells the rugby star.

Jacques responds: “You don’t need to be afraid to show emotion and be upset though, do you know what I mean?”

The 27-year-old had been cracking on with Casa Amor bombshell Coco Lodge over the past couple of days, as the new girls told him that he likes Tasha far more than she likes him.

Jacques continues: “I know we’re supposed to be tough and that but sometimes it’s just good to get it out.”

Andrew reveals he feels like he was “with someone and not being enough,” as he gets emotional speaking about opening up to the dancer.

Concluding his pep talk, the rugby star says: “Listen, anyone would be lucky to have you.”

Will Andrew choose to couple up with Coco, or will he reignite his romance with Tasha in the impending recoupling?